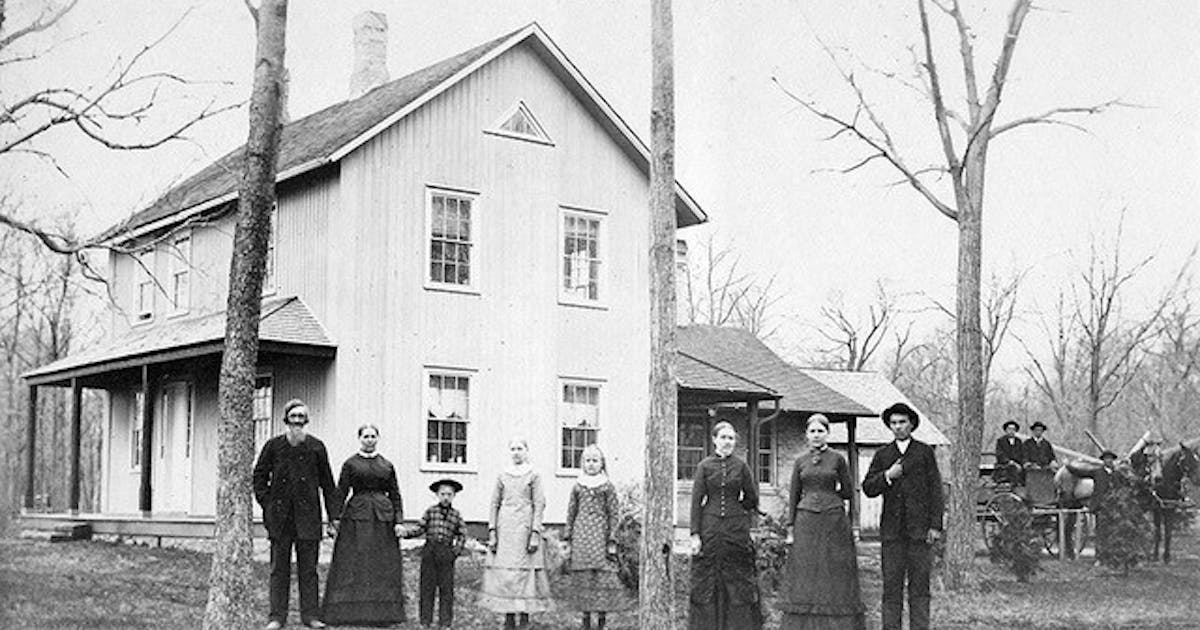 Carver County pioneer Andrew Peterson was passionate about growing apple trees and keeping a diary – noting his daily activities in Swedish for nearly 50 years after he emigrated to the United States, until two days before his death in 1898.

This passion, however, seemed to escape her romantic life. Consider his diary entry for September 15, 1858:

“In the morning I was at Johannes and cut corn stalks. At noon John came home with me and started plowing for wheat. In the evening at 5 o’clock Elsa and my expectations are become a reality, a marriage.”

Peterson “was a recorder, not an analyst or a sentimentalist”, according to retired Gustavus Adolphus College professor Roger McKnight, who in 2019 wrote the introduction to an updated 748-page translation of the diaries – 44 of which years are held by the Minnesota Historical Society.

Those looking for “details on calving and felling, sowing and harvesting, pounding and sawing will be amply rewarded,” McKnight wrote. “Those who wish to discover how the pioneers thought and felt will find few existentialist effusions.”

Now, thanks to a $750,000 capital campaign by the Carver County Historical Society, Peterson’s farm a few miles east of Waconia is slated for a major restoration to reflect what it looked like in 1885.

“There was a lot of stress and COVID put a halt to our fundraising efforts for a while,” said Wendy Petersen Biorn, executive director of the historical society.

Petersen Biorn helped woo 200 donors – including a Girl Scout troop that raised $300 in cookie sales – to reach a goal of $500,000 before the matching deadline last month. This triggered a $250,000 grant to restore the home from the Wisconsin-based Jeffris Family Foundation.

Work is expected to begin soon on the house and other outbuildings on the 12-acre site. The farm is open for tours on Tuesdays and Thursdays (call 952-442-4234 for an appointment).

“This place is loved by a lot of people here,” said Petersen Biorn. “It’s been a long time, but we’re finally at a place where schools and the public can use and enjoy this property.”

Born Anders Petterson in southern Sweden in 1818, Peterson became known as a hardworking farmer and horticulturist after emigrating to Iowa in 1850. He moved to Minnesota in 1855 and married Elsa Ingeman when he was 39. and that she was 23.

Honeymoon? Not enough. Journal entries for the two days after the wedding show Peterson cutting more corn and planting more wheat, this time with help from Elsa. A devout Baptist who never wrote on Sundays, Peterson spent the second day of his marriage attending a prayer meeting with Elsa.

The couple raised nine children on their farm near Lake Waconia (then called Clearwater Lake), eight of whom were alive when their father died in 1898 at age 79. Elsa outlived Andrew by 20 years.

None of the children had children. When the last surviving offspring, Emma, ​​died in 1943, she left the family farm to a neighbor who had cared for her. The property passed through a few hands before the Carver County Historical Society got involved. A lawsuit settlement with the heirs of a subsequent owner reduced the historical society’s portion of the property from 51 acres to 12 acres.

The Peterson Farm came to attention thanks to the famous Swedish novelist Vilhelm Moberg. He dusted off Peterson’s diaries in the 1940s and made them the basis for a series of novels about Swedes settling in America, including ‘The Emigrants’ (1949) and ‘Unto a Good Land’ (1952) . Moberg’s central character, Karl Oskar, was said to have been modeled after Peterson, according to a 1972 article in Minnesota History magazine by the late Professor Carlton Qualey of Carleton College.

“The Moberg books and connection have made the farm a top destination for tourists from all over Minnesota, as well as Sweden,” Lydia Christianson wrote last month in an article for Savage-based Southwest News Media.

Even without the literary connection, Peterson would be remembered as a master of diversified agriculture and a leading horticulturist in the upper Mississippi region, Qualey wrote. The Minnesota Horticultural Society granted him an Honorary Life Membership in 1888, enhancing his reputation as one of the state’s leading fruit growers.

With their deep religious faith, the Petersons were in favor of prohibition. In an 1888 journal entry, Peterson wrote that “our people were all there” for a local Prohibition festival – except him. He stayed home to hoe around his apple tree grafts.

“He apparently felt no conflict of interest between this activity and the annual supply of wine produced from his grapes,” Qualey wrote.

Curt Brown’s Tales of Minnesota History appear every Sunday. Readers can send him ideas and suggestions at [email protected] His latest book looks at Minnesota in 1918, when flu, war, and fires converged: strib.mn/MN1918.

The journal of the Ministry of Culture devotes its latest issue to Savarkar: his place in history “no less than” that of Gandhi