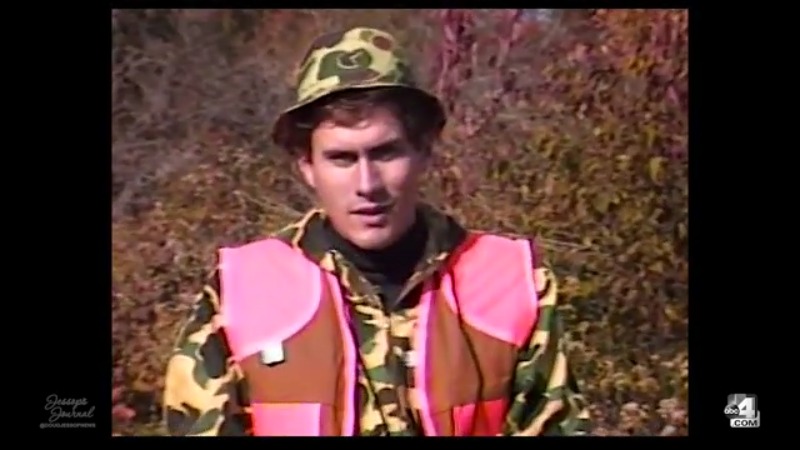 Chad Booth is what I affectionately call the “broadcaster of a broadcaster.” He forgot more than what many broadcasters know with his long-running “At Your Leisure” show which has aired in Utah and the rest of the country for more than two decades.

At Your Leisure is pretty much what it sounds like. It’s a show about the kinds of fun things you can do in our great part of the country. Did you know that Utah has five national parks and forty-six state parks? Chances are, Chad or a member of his team has been there and can explain the ins and outs of outdoor recreation to you.

As we sat down in this episode of Jessop’s Diary, it was only natural to share “war stories” about some of the most interesting things we’ve been able to do in our broadcasting career.

One of my favorite stories Chad shared was being part of a TV magazine in Pennsylvania. The station was near the airport, and he noticed that a plane was going extremely fast, then suddenly took off. Come and find out that it was acrobatic jet. Yeah, Chad was able to get on it.

You must be a certain age, but here is an interesting anecdote. Chad was interviewing actress Phyllis Diller when she noticed her 1971 Mercedes Benz 250. Long story short, Chad sold his car to Diller. He told me that she had owned the car for many years and was even featured in a “celebrity car” magazine.

There is another show that Chad has been doing for over a decade called “The County Seat”.

The program ends its broadcasts on the air and travels only on the Internet. I asked Chad why? â€œHonestly, this was started by a group of people who were elected for a cause. It was a cause, and they ran to get it fixed. I don’t think they had much interest in being leaders. They were there because tHey wanted to fix something. They were breeders. They were oil people. These were people who lived on the ground. They ran for the office to solve these problems in rural Utah. They are now retired. Some of them were rejected. Some of them died. But in this decade there is a different class of people who are more interested in being a leader, not in leading. “

The name of my series is called Jessop’s Journal. My journal has all kinds of scars and marks. I think it reflects life. I asked Chad how he wanted leave its mark. He replied, â€œI think I just want people to feel something. Something good. We are so steeped in bad stuff. I like people to have hope. Feel the joy. I grew up with Charles Kuralt. Walter Cronkite paid this guy to do just that. Make people feel good. We were in the middle of Vietnam. Make them feel good. So that’s what I tried to do.

Take this as your personal invitation to watch this entire episode of Jessop’s Diary and share it with someone who loves a powerful, positive story.

Everyone has a story. I feel it strongly â€œStories have powerâ€. Chances are, if you go through something, someone else is likely to be the victim. The shared experiences that we humans have can help each other. Let my friend take stock that the stories “help us understand each other.

You don’t have to agree with everyone, but in my opinion, if people took more time to learn more about others and where they are from, we might find that we have more similarities than differences.

Jessop’s Journal is something special when it comes to delivering news. I have the honor of being able to do longer in-depth interviews that you don’t normally see with people from all walks of life. Kudos to my collaborator, Ed Wilets, who does a great job as a videographer / editor for all of my stories. Your comments are always welcome at [email protected]

You can also see my positive business profiles called â€œUtah Success Storiesâ€ every Sunday in ABC4 News at 10 p.m. or online at www.ABC4.com/Success

Everyone has a story. Stories have power. They help us understand each other. With another entry in Jessop’s Journal, I’m Doug Jessop, ABC4 News.

Other episodes of Jessop’s Journal can be viewed at www.ABC4.com/Journal and are made possible by the generous support of Rustico, Tailor Cooperative, JW Custom Hats, Ogden’s Own Distillery and XLEAR.

For Doug Jessop, it all started with a tape recorder he got for Christmas when he was 12 and growing up in Southern California. Doug interviewed relatives, friends, and anyone else who might have a good story. You can follow Doug on www.DougJessop.com, on YouTube.com/DougJessop and @DougJessopNews on Facebook, Instagram and Twitter.

What’s going to come next? | The JOLT

Victims of crime have found a champion