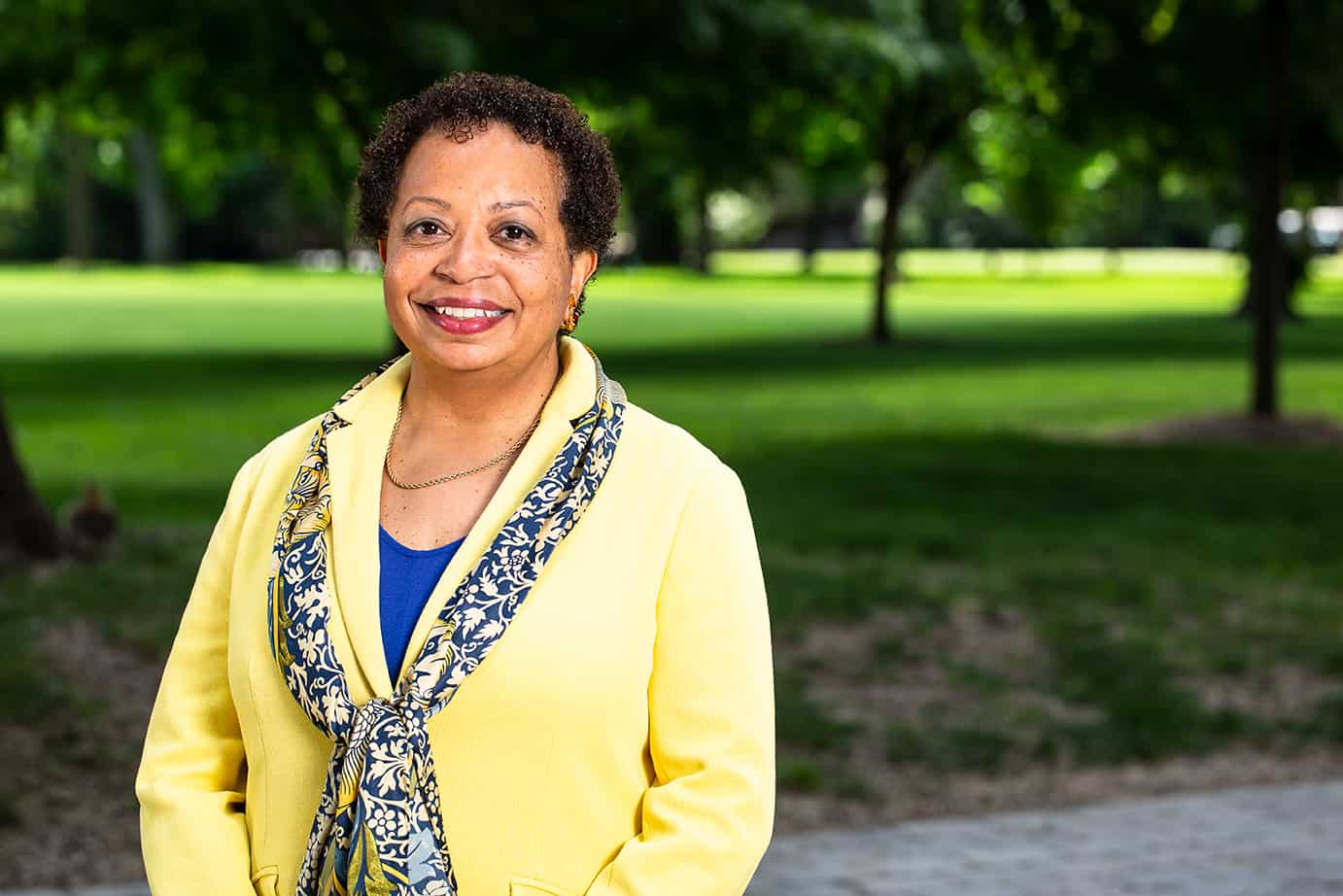 For several years, Hartford Business Journal has compiled an annual list of Greater Hartford’s most influential leaders. Trinity College President Joanne Berger-Sweeney is on the list again this year, along with several other people with Trinity ties: Andy Bessette P’10, parent of a Trinity alumnus and former member the Trinity College Board of Trustees; alumnus Peter Denious ’90; and Jeffrey Flaks H’21, honorary degree recipient and speaker of the past year.

the List of “Power Players” 2022 highlights 50 leaders from the private and public sectors, nonprofits, higher education, real estate and healthcare in Greater Hartford who are not only leaders within their organizations, but also of the business community at large, according to HBJ editor-in-chief Greg Bordonaro.

“Power comes in many forms. You can be a CEO, head of government, president of a university, lead a non-profit organization, regulate an industry, or be an important cog in a highly visible project, issue or trend,” Bordonaro said in the introduction. of the special section of the publication.

HBJThe third annual Power 50 class was chosen by its media team to identify journalists and community leaders who are making a broad impact in the region and state. The list emphasizes the diversity of people and industries.

“It’s important to highlight these leaders not as a vanity project, but as a way to bring Greater Hartford’s business community together, especially at a time when many in-person events still sit on the sidelines due of the pandemic,” Bordonaro said. “Hopefully that will change in the coming months.”

the HBJ notes that President Joanne Berger-Sweeney has helped oversee several major Trinity accomplishments since her inauguration as 22nd President in 2014.

“Under Berger-Sweeney’s leadership, Trinity has completed a new strategic plan – called Summit – that will help guide the college towards its bicentennial in 2023,” HBJ said. “During her tenure, the college also established a new Sexual Misconduct Task Force and she helped launch the Trinity-Infosys Applied Learning Initiative in 2019. The curriculum incorporates liberal arts elements and technical training.

“Berger-Sweeney is a trained neurophysiologist who has contributed to over 60 scientific publications,” HBJ adds. Click on here to know more.

Parent of a Trinity alumnus and former Trinity College board member, Andy Bessette P’10 has been recognized by HBJ as one of Hartford’s best boosters.

“As executive vice president and general manager of property and casualty insurer Travelers Cos., which has significant operations in downtown Hartford, he has a multitude of duties, including overseeing corporate real estate , administrative services, community relations, event management and sports. sponsorships”, HBJ said. He also helped make the Travelers Championship one of the best-organized tournaments on the PGA Tour, generating millions of dollars for area charities. Click on here to know more.

Along with David Lehman, Peter Denious ’90 was honored by HBJ as one of the most important figures in state government responsible for economic development and attracting new business to Connecticut.

“Denious, a former private equity executive, is the CEO of AdvanceCT, a nonprofit entity that serves as the state’s corporate recruiting arm,” HBJ said. “Over the past year, Lehman and Denious have helped lead efforts to attract several new businesses to Connecticut, including Digital Currency Group, an investor in bitcoin and blockchain technology companies, which is moving its headquarters from New York to Stamford with a commitment to create 300 jobs in exchange for state aid of up to $5 million. Click on here to know more.

HBJ says: “Flaks, who is a major cheerleader from Hartford, oversees a statewide health care system that recorded $4.3 billion in operating revenue in fiscal year 2020 , which was just over one in four dollars collected by all Connecticut health systems combined.” Flaks also led Hartford HealthCare through the pandemic, battling everything from supply and labor shortages to overcrowded emergency rooms and staff fatigue. Click on here to know more.

The Pryor Center Presents “Tell Me a Story: Many Paths to Book Publishing”