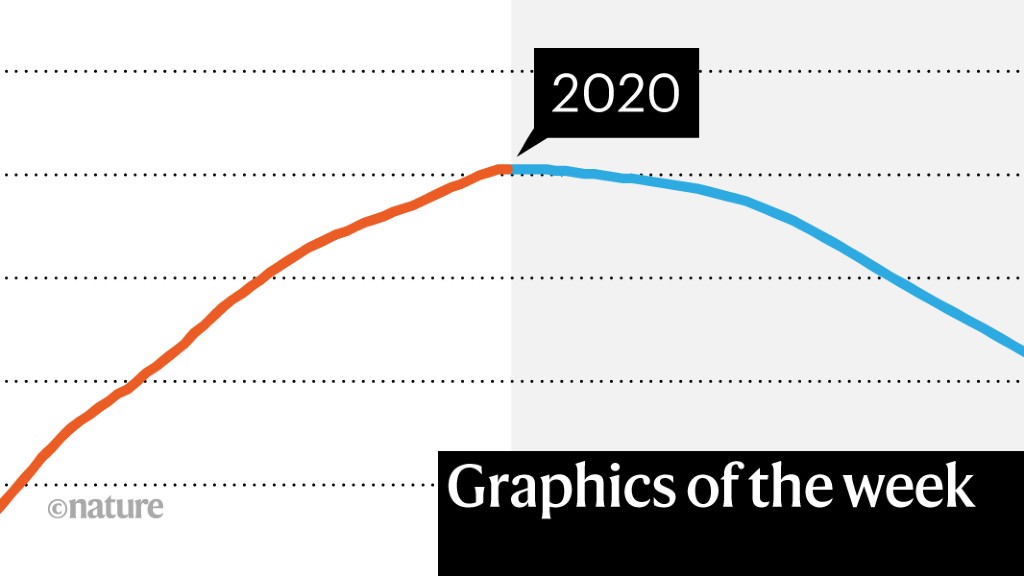 Chinese population, evolution of walking — the week in infographics

Demographers say the population of China, the world’s largest, is rapidly approaching its peak and will soon begin to decline. According to an estimate published last month in a peer-reviewed Chinese publication, Social Science Journal, it may have peaked in 2021, as this chart shows. The government launched a one-child policy in 1980 that only ended in 2016. Researchers say China’s birth rate has continued to decline since then due to changing attitudes with regard to marriage and procreation, as our article explains.

In 2021, at least 150 million more women than men were food insecure, living without reliable access to nutritious food. The war in Ukraine is exacerbating this and other gender inequalities, say the authors of a Comment article. One reason is that women often act as “shock absorbers” when budgets shrink, eating less to leave food for other members of their household. Women and girls, especially in low- and middle-income countries, are most likely to bear the brunt of rising prices for food, fuel and agricultural supplies.

This timeline shows the evolution of bipedalism. Hominins (species more closely related to humans than to chimpanzees) evolved from a shared ancestor with African great apes (such as chimpanzees and gorillas), which get around by walking on all fours and climbing on trees. Sahelanthropus tchadensis is the oldest known hominid species, having lived around seven million years ago, and has features that suggest it was an occasional bipedal walker. A paper in Nature last week described three fossils from Chad – a leg bone and two arm bones – attributed to sahelanthrope which suggest that this species also climbed trees. A mixed walking and climbing repertoire makes sense given that sahelanthrope lived near a lake with adjacent forest, as this News & Views article explains.

Jon Gruden says emails are ‘shameful’ but I’m ‘a good person’, hope to ‘take another pic’