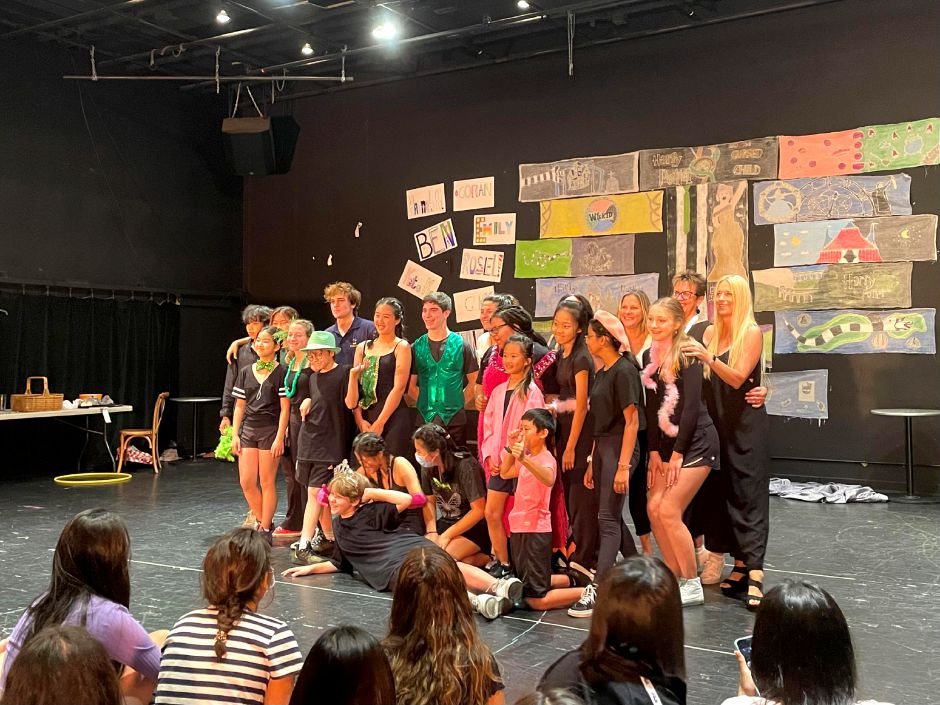 Choate summer programs have returned to the Wallinford campus

WALLINGFORD – With many students just settling into summer vacation at the end of June, Choate Rosemary Hall was bustling with activity as hundreds of students descended on campus for the programs of Choate summer.

It was the first time in three years that Choate’s summer programs welcomed students to campus – having operated remotely in 2020 and 2021.

The decision to resume in-person classes was made after careful monitoring throughout the year.

“The success of Choate’s in-person college year, even with COVID, gave us the confidence we needed to know we could do it in the summer as well,” said Susan Farrell, Summer Program Director.

Despite some international travel restrictions, more than 550 students from 33 countries and 25 states and territories have enrolled, which is consistent with past data.

“It is unfortunate that some countries have such strict protocols which have made them cost prohibitive for [students] come here,” said Julia Pucci, associate director of the summer program. “Nevertheless, we are really proud of the number of students we have here.”

The Choate summer programs, which have been offered for 106 years at the private school, include more than 30 courses in seven subjects, each spanning five weeks.

“We view Choate Summer Programs as a school within a school,” Pucci said. Summer courses are run with the same standards and resources as regular Choate courses, although summer teachers have more freedom to build their curriculum and incorporate custom materials.

Two new courses were introduced this summer: “Women in America: An Introduction to Women’s Studies” and “History: Completing the Narrative.”

Hazel Baldwin-Kress, who has taught in the summer program since 2017, created “Women in America” ​​to highlight the roots of sexual and gender inequality in American history.

“Being able to take advantage of the freedom that summer programs provide to create a class that aims to make women the star of the narrative has been very important to me,” Baldwin-Kress said.

The eight students in the class, all of whom were female and international, engaged in in-depth discussions about their experiences as women and the intersectionality between their identities.

“It’s super amazing that we have so many international students,” said Melanie Schiller, a rising junior who attends school in Bahia de Banderas, Mexico. “We see what’s different from where we are, but also what experiences we share, being so far apart.”

Tyler Tarnowicz, who first joined the summer program in 2015, created “History: Completing the Story” based on a year-long course he teaches at City and Country School in New York.

Centered on the book “Black Boy” by Richard Wright, the course explores the different perspectives of storytelling, especially those that may not be represented by mainstream media.

“We talked a lot about slavery, and I think it was really important that we did…we had some context behind the book,” said Chiwo Mupita, an eighth-grader who attends the school in Johannesburg, South Africa. “I knew about slavery, but I didn’t know about the depths that we talked about – the repercussions that we can see in American society.”

When asked how the dense course material could be packed into five weeks, Tarnowicz said, “I tell students, ‘Hey, your learning shouldn’t stop after five weeks. Take this book with you, keep reading it and see where it takes you.

In addition to academic offerings, Young Artist Programs in the Performing and Visual Arts and the Theater Arts Institute were also back in-person, including full-day rehearsals, live showcases and field visits.

“Going to Broadway to see both shows in one day was very memorable,” said Jack Glass, a rising junior at Greenwich High School.

Continuing its boarding school model over the summer, Choate allows middle and high school students to live on campus.

“My favorite part of the program is the freedom and trust that’s given to us,” said Ryan Chen, an eighth grader at Eaglebrook School in Deerfield, Mass. “Choate gives me, personally, a new experience with time management.”

“I was so scared at first before coming here. What if my English is not good enough that I cannot communicate? said Yuki Suzuki, a freshman attending school in Tokyo, Japan. “I didn’t expect it to be so fun. I miss my home, but I love it here.

Yoyo Zhang is a member of the Choate Class of 2024 and a section editor at Choate News.

How Woke Put Paid for Editing