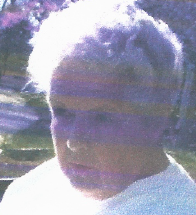 Sue was born September 1, 1935 in Indiana, the daughter of Carl and Vera (Medley) Sullivan. She grew up in Maroa and graduated from Maroa High School in 1953. She resided in Clinton for most of her life. She married Leland Junkert on March 23, 1959.

Survivors include her husband, Leland, Darin Junkert (son); and Dodie Junkert (daughter), all of Clinton; Dorwin Sullivan (brother), of Maroa; Sherri (Jack) Wrage (sister), of Kenney, as well as several nieces and nephews. Sue leaves behind her beloved family as well as many friends and neighbours. She was predeceased by her parents and sisters, Iris (Roy) Rush and Barbara (Ted) Effect.

In her early years, Sue worked for GTE in Bloomington. She worked for many years at Revere Copper & Brass. She started her own restaurant business and later opened her own real estate office (Independent Realty), where she served as chief broker for over 40 years. She treasured the friends she had made through her work. She always went out of her way to help people. She loved to cook for her family and friends.

Per his wishes, there will be no services at this time. Submissions may be made to Second Chance for Pets Adoptions, Inc. in Clinton.

A celebration of life will be held at a later date.

Gentle Myofascial Release launches a small book, “Why does it hurt”