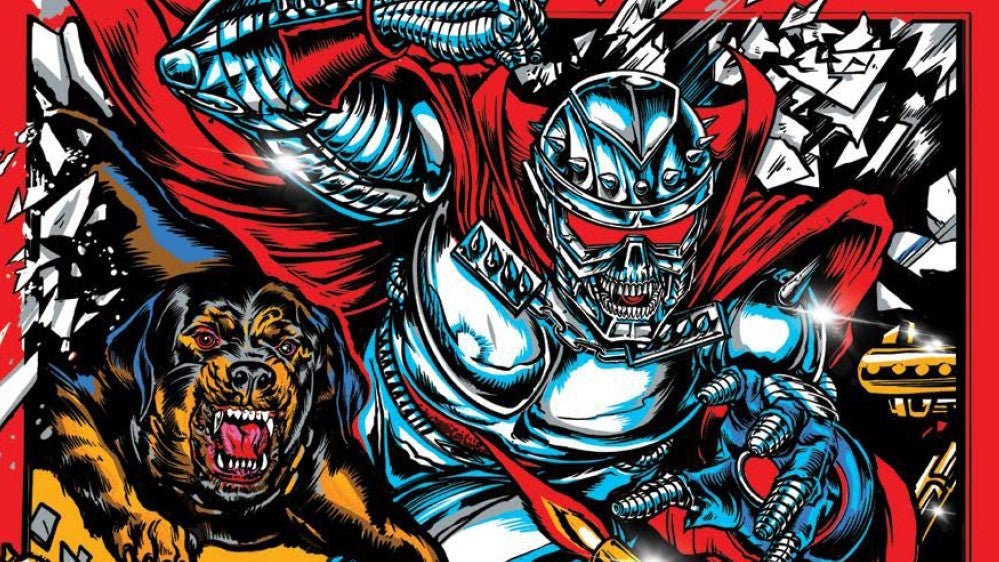 Hip-hop supergroup Czarface has always been heavily inspired by superhero comics, so it’s fitting that their music becomes the inspiration for an original graphic novel dubbed Czarface: A Czar Is Born.

With the graphic novel in stores on November 2, IGN can exclusively launch a new preview of the comic book. Check it out in the slideshow gallery below:

Czarface: A Tsar Is Born Preview

Czarface: A Czar Is Born is published by Z2 Comics, co-written by band member Seamus “Esoteric” Ryan and Chris Robinson (Limbo Beach) and drawn by Ariel Olivetti (Punisher: War Journal). The book aims to provide an origin story for the character of Czarface. Here is the official description:

Hero to some, villainous to others, Czarface’s true origins have remained a mystery … UNTIL NOW! Who are the Zarta Ku? And why did their desperate mission bring them to planet Earth? Meanwhile, Zach and his dog were just a failed wrestling team that managed to make ends meet on the comicon circuit when they crossed paths with a woman who will change their lives forever. Written by Czarface’s own Esoteric (Merry X-Men Holiday Special) with art from veteran illustrator Ariel Olivetti (Cable; Punisher War Journal), this original graphic novel is a must-have for Wednesday Warriors, Marks of wrestling and hip-hop heads – or fans of all three combined!

“We started building a discography around raw hip-hop, influenced by the Silver Age comics and all things pop culture, and created the character Czarface as a visual representation to symbolize him.” Ryan told IGN. “So many people responded positively to the character and the somewhat extracurricular parts, such as the Czarface collectible figures, that I wanted to give this version of him the origin story he deserves in an OGN!”

Czarface: A Czar Is Born will be released on Tuesday, November 2. You can preorder the book through Amazon and various other retailers.

In other comic book news, the workers at Image Comics have just formed a union, and Telltale’s Clementine is set to star in her own graphic novel Walking Dead.

Jesse is a mild-mannered writer for IGN. Allow him to lend a machete to your intellectual thicket by follow @jschedeen on Twitter.