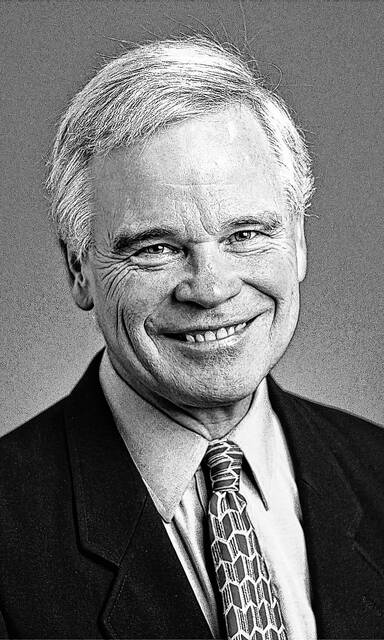 What is the biggest news in literary circles across our state?

On November 17, Jason Mott won the National Book Award for Fiction. No North Carolinian has won this coveted award since Charles Frazier was recognized for â€œCold Mountainâ€ in 1997.

Mott won this year for his fourth novel, “The Hell of a Book”.

He grew up in Bolton, a small town in Columbus County in southeastern North Carolina near Lake Waccamaw, the son of hard-working black parents. He graduated from UNC-Wilmington and obtained a master’s degree there.

Here’s how the award judges described the book:

â€œWith daring and invention, Jason Mott’s ‘Hell of a Book’ weaves three narrative threads – an anonymous author, a boy named Soot, and a character known as The Kid – into a masterful novel. In a structurally and conceptually daring examination of art, fame, family, and being Black in America, Mott somehow pulls the impossible trick of being playful, insightful, and deeply moving all at once. A very original and inspired work that innovates.

The first pages of the book feature one of the main characters, Soot, a nickname he gets from his dark black skin. We read that he was a bullied and teased 10 year old and that Soot wished he was invisible. Before the end of the book, the reader learns how Soot suffered the horrific effects of racism, including the loss of her father to unprovoked gunfire by the police.

In a separate plot, we learn from the author-narrator that he is on a reading tour for a new book, also titled “The Hell of a Book”. He catches our eye when we first meet him running naked in the halls of a hotel at 3.30am, chased by the husband of a woman he was making love with. He also meets someone who could be a serious sweetheart. The tour portion of the book of the book, Mott says, began as a separate book.

We also meet The Kid, an imaginary figure who regularly appears in the narrator’s mind. The Kid’s formidable presence is proof that the narrator has serious mental health issues.

Through Soot’s experiences, Mott compels readers to confront the lingering horrors of racism in our society. This description of racial injustice could have been a stand-alone book, separate from the narrator’s book touring experiences. Readers can judge whether they prefer the divided book or, as is, one-volume.

In 2013, when I read â€œThe Returned,â€ his first novel set in a place like Columbus County about bringing the dead back to life, I was surprised that race and racism played no part. role in his book.

He told me and others that he didn’t want to be known as a black writer or someone who tackles racism head-on. He wanted to write good stories, not descriptions of racial prejudice.

I thought it was positive and wrote about his characters, â€œFrankly speaking, you can’t tell white from black. This [tbe book] is racially neutral. Mott’s fictional characters are then judged by the content of their character, exactly as Martin Luther King had dreamed.

But â€œHell of a Bookâ€ is a turnaround. He confronts racism and all of its violent horrors.

Mott says he’s grown impatient as he tries to figure out what it means to be black in America today. He’s tired of being neutral. He decided, after avoiding the subject in his first three books, to “turn the lens and tackle it head on.”

Whatever you think of Motts’ turn, you have to celebrate national attention for a good author from North Carolina.

DG Martin has hosted â€œNorth Carolina Bookwatchâ€ for over 20 years. The closing program featuring Bland Simpson will air on Tuesday, December 7 at 8 p.m.