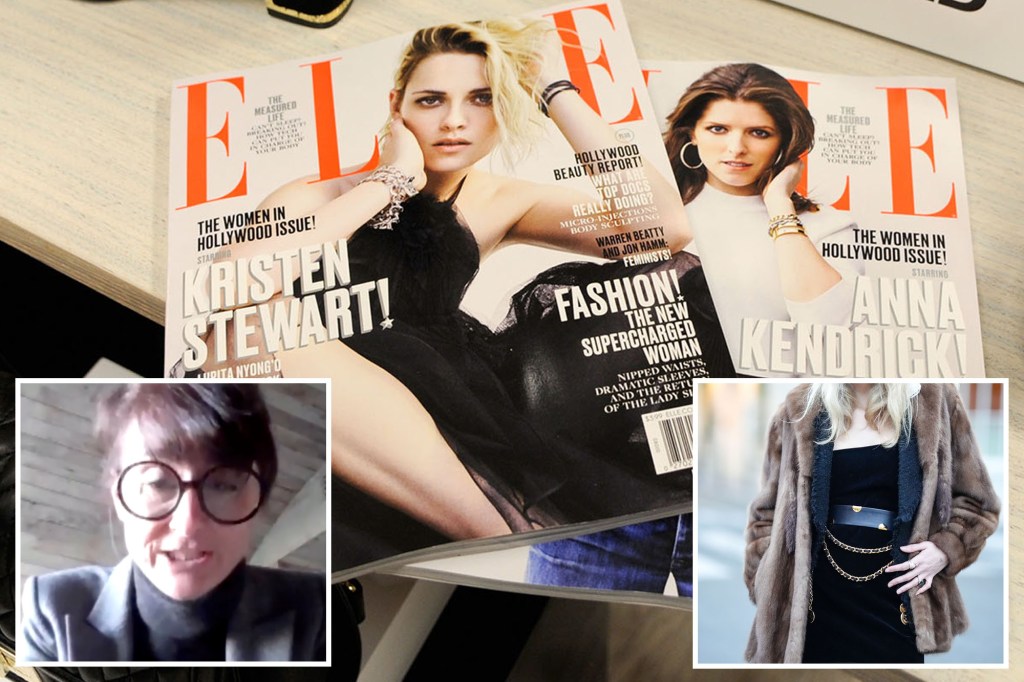 Elle magazine bans all promotion of fur in advertisements and editorials

In the name of animal welfare, Elle magazine has banned all use of fur in editorial and infomercial content.

The move is made in a meaningful way for “Generation Z, who are the golden targets of the fashion and luxury industry and have huge awareness and expectations, sustainability and animal welfare,” continued Llopiz. “Gen Z actually wants, wants fashion to be responsible, ethical and innovative, and that’s what’s happening.”

The change means a “fur-free future” for all print and online pages of the magazine, which has 45 global editions, Llopiz said. Thirteen editions have now signed a charter prohibiting the promotion of fur in its advertising, editorial content and social networks. Twenty more will do so from January 1, and the rest will be by January 1, 2023.

Elle’s owner, LagardÃ¨re Group, worked with the Humane Society of the United States, Humane Society International and Creatives4Change to draft the charter.

“This is a very good opportunity to increase awareness of animal welfare, strengthen the demand for sustainable and innovative alternatives and foster a more humane fashion industry,” Llopiz told Reuters of this. decision at the Business of Fashion’s Voices 2021 annual conference. “We hope this will pave the way for other media to do the same.”

Elle’s move follows fur bans by a number of fashion houses and retailers, including luxury group Kering, which took the plunge in September, four years after its Gucci label.

Other fashion houses under the brand, including Balenciaga, Bottega Veneta, Alexander McQueen, Brioni and Saint Laurent, had already phased out fur before the company-wide ban this fall.

Also in September, Oscar de la Renta agreed to give up fur for Billie Eilish, who requested the stipulation to wear the designer’s dress at the MET Gala.