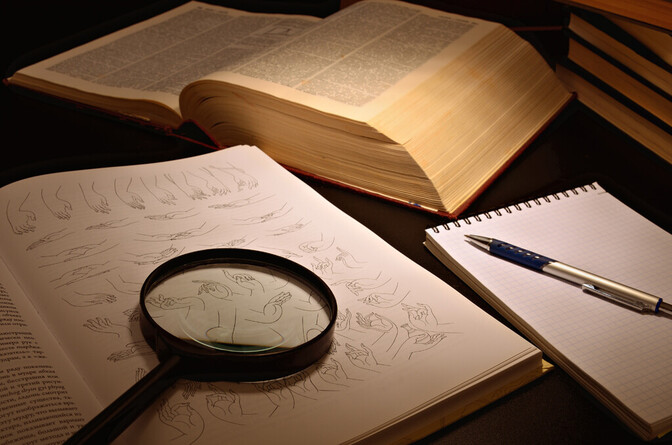 “I have shown in my work that while research funding institutions have formally changed, the standards to which they adhere have not changed so much,” says Teele Tõnismann, researcher in political science and public administration at the University of Toulouse and TalTech. , which analyzed the research funding programs that took place in Estonia, Latvia and Lithuania between 1988 and the mid-2010s.

In recent decades, many governments have tried to allocate research funds based on international scientific excellence. In her recently defended doctoral thesis, Tõnismann investigated the introduction of competitive and excellence-based funding in the social sciences and humanities in the Baltic region. Her theoretical work is complemented by in-depth analyzes of interviews she conducted with policy makers and sociologists.

Tõnismann’s research revealed that the reorganization of science funding in Estonia did not follow a single EU-centric policy imposed from outside, but was imposed through power struggles between local actors. policy-making and was influenced by the international connections and bilateral relationships that scholars had already established at that time.

This means that the introduction of a competitive funding system in the social sciences and humanities occurred here mainly due to the prior international orientation of local scientific elites, who were mostly from the field of exact sciences.

New in form, but the content has remained the same

Tõnismann says that the main source of funding for research in the Soviet Union was the Academy of Sciences or industry. “It could vary depending on the location of the research groups and the links the managers had developed with outside industries.”

The political turmoil that accompanied the collapse of the Soviet Union had a profound effect on the scientific environment: “Funding from Moscow came to a halt, previously flourishing industries collapsed, and research budgets were reduced or eliminated.

It was then that the Baltic scientific communities came into action to claim their autonomy and free themselves from political control. According to Tõnismann, of the three Baltic states, Estonia, compared to Latvia and Lithuania, has been the fastest to adapt to international standards, both in terms of public funding and competitive project grants.

“In my thesis, I showed that at the level of policy-making, norms of internationalization and competitiveness were introduced by groups of people with already established international ties,” says Tõnismann. “In other words, change has only been brought about by those who have themselves already been exposed to the structure of international research funding through their studies and work, and who have then brought these principles home. .”

“The transition was smoothest in Estonia because scientists here traveled frequently also in Soviet times. For different reasons, this was not the case for Latvian and Lithuanian scientists,” explains the researcher. The Estonian Academy of Sciences and Communist Party leaders endorsed international communication, especially in the field of exact sciences, says Tõnismann, and so there were many innovation-oriented people in Estonia, who were willing and capable of introducing the new standards already in the early 1990s.

However, this transformation was partly only formal.

In the early 1990s, national research funding councils were established in Latvia and Estonia. “However, these councils awarded small grants to large numbers of individual researchers, while only a few of the larger projects qualified for international peer review practices,” says Tõnismann, pointing to stagnation. funding practices in new institutions.

For example, in 1995, the Estonian Research Council (ETF) awarded €2.88 million in grants to 883 projects out of 1,211 proposals submitted, which means that two-thirds of the projects received a grant.

“Targeted” or project-based funding has become the only viable option for researchers in Estonia and has lost its original meaning of additional funding for top-level research. “Despite the fact that we are talking about the transition to a market economy, and despite the fact that our institutional structures have changed accordingly, the regulation of research funding has not followed this transformation so quickly”, concludes Tõnismann.

If many publications are expected, they should be produced

While the ETF distributed small project grants to a large number of scientists, its successor, the current Estonian Research Council (ETAG), funds only a small number of scientific projects. “Researchers who have worked outside Estonia understand very well how highly competitive research funding in Estonia is.” In 2021, ETAG received a total of 335 grant applications, of which only 79, or a quarter, were funded.

Tõnismann argues that the reforms that shaped research funding policy in Estonia between 1988 and 2017 were largely designed by Estonian academic elites, mostly from the natural sciences. “In my work, I have shown that those involved in the research policy-making process are influenced by the norms established in their specific fields and by the networks they have formed during their university studies and their professional careers,” she explains. In the case of Estonia, this means bilateral cooperation with Nordic research communities, the United States and other Western European countries.

Tõnismann’s research has primarily focused on the impact of funding reforms on the social sciences and humanities sector, with a narrow focus on the work of sociologists. “I showed that they work in a pragmatic way: if publications in journals are expected, they carry them out,” she says. Many sociologists during the reorganization of financial institutions devoted themselves to teaching and work in the public sector, that is, on various applied projects. “So the actual work they do and the publishing requirements placed on them often don’t match up at all,” says the researcher.

As the success of a grant application depends on a high volume of academic publications, researchers in the social sciences and humanities select journals in which the publication processes are fast. However, in this way, researchers lose valuable time to fully concentrate on their work.

According to Tõnismann, under such conditions, sociologists opt for many different sources of funding, which necessitates changing research topics quickly.

“I showed that researchers themselves don’t see how these new regulations are supposed to improve the quality of their work,” she says.

However, the situation in Estonia is not as bad as that of neighboring Latvia and Lithuania. “In Lithuania, for example, many local academic journals have simply been listed as international journals while allowing their authors to continue publishing in their local language, which only nominally meets internationalization demands,” says Tõnismann. In Latvia, says Tõnismann, there is hardly any academic research in sociology and sociologists are mainly engaged in applied projects.

These processing pitfalls are not unique to the Baltic countries. In general, in countries with good core funding for all scientific research, project funding is a very good complement; whenever the funding structure is not stable, it is not”, says the researcher.

Pouring water into the populist’s mill

Tõnismann says that such a funding system, which hinders the development of researchers in the social sciences and humanities, has consequences.

“It is not possible for Estonian sociologists and other social scientists to consistently deal with social and governance-critical issues,” she explains, “because this type of work requires years of immersion “.

Despite the presence of strong research groups in the Baltic region, most sociologists, says Tõnismann, still depend on European and international partners for funding, methodologies and theories. This, unfortunately, adds to the unequal division of labor in the social sciences globally.

“The hybrid funding of Baltic sociologists and their publishing practices reflect not only a competitive research environment here, but also the peripheral position of sociology in national scientific funding hierarchies,” says Tõnismann. This marginalization is also evident in the composition of academic communities, she adds: “Baltic sociologists are predominantly female and have lower salaries than their colleagues in the exact and natural sciences.

Tõnismann says we should be particularly concerned about the extent to which academia can influence local politics. “We could, for example, discuss the rise of far-right political parties,” she says. “When faced with relatively weak social science communities, they can easily monopolize social discourse with their political agendas,” she says.

Given that Estonia is at the forefront internationally with its research policy reforms, says Tõnismann, we should be surprised that the assertive influence of social science on far-right public discourse is still lacking. .