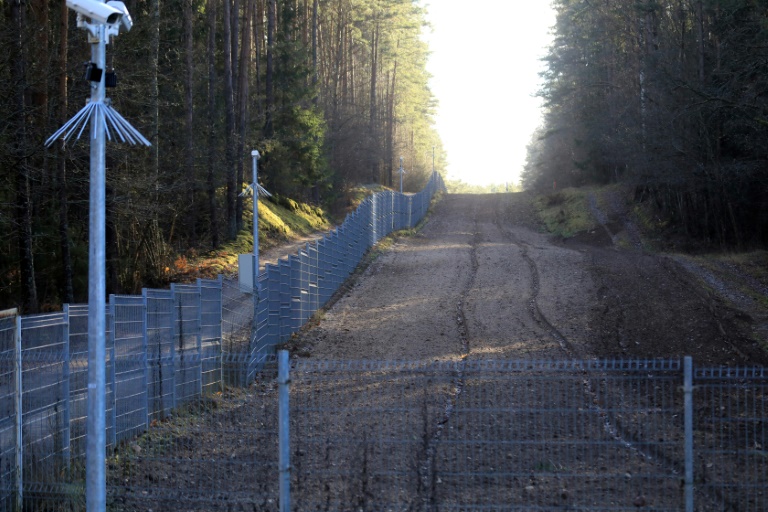 EU, NATO pledge to act against hybrid threats during visit to Baltic Sea

EU and NATO leaders on Sunday pledged to counter “hybrid threats” during visits to Lithuania and Latvia dominated by migrant crisis in Belarus and Russia’s military build-up near Ukraine .

NATO Secretary General Jens Stoltenberg also reiterated his call for Russia to “defuse” its military build-up on the border with Ukraine and warned of the “consequences” if it resorted to strength.

The visit of Stoltenberg and European Commission chief Ursula von der Leyen precedes a meeting of NATO foreign ministers, including US Secretary of State Antony Blinken, in Latvia this week.

Both Stoltenberg and von der Leyen have accused Belarus of orchestrating the migrant crisis at its border as a â€œhybridâ€ threat to the European Union – an accusation the regime has denied.

A hybrid threat is a security challenge combining traditional military means and non-military tactics such as disinformation.

“To respond to such events, it is important that the European Union and NATO work hand in hand,” von der Leyen said at a joint press conference with Stoltenberg and Lithuanian leaders in Vilnius.

Stoltenberg said: “We discussed how we could step up our joint work between NATO and the EU”.

Von der Leyen also said the EU has decided to triple its funding for border management in Latvia, Lithuania and Poland to 200 million euros ($ 226 million) for 2021 and 2022.

She said the money would go to patrol vehicles and electronic surveillance, including drones.

Thousands of migrants – mostly from the Middle East – have crossed or attempted to cross the Belarusian border in recent months to the eastern members of the EU and NATO: Latvia, Lithuania and Poland.

Referring to the situation on the Belarusian border, Lithuanian President Gitanas Nauseda said that “if the security situation worsens further, we do not rule out consultations under NATO Article 4”.

Under the NATO founding treaty article, any member can call an alliance meeting to consult when they feel their security is threatened.

Poland has also declared that it can invoke this article.

The two-day meeting of NATO foreign ministers that begins in Latvia on Tuesday is also expected to address Russia’s military build-up near Ukraine.

Stoltenberg said the “unusual” build-up of tanks, artillery, drones and thousands of combat-ready soldiers was “of great concern for many reasons”, also “because it is unprovoked and unexplained.”

“The message to Russia is that it must defuse, reduce tensions and be transparent,” he said, adding that “if they decide to use force, then of course there will be consequences. “.

“We are ready to defend all our allies and we will continue to provide our partner Ukraine with political and practical support,” he said.

How to actually “do your own research”