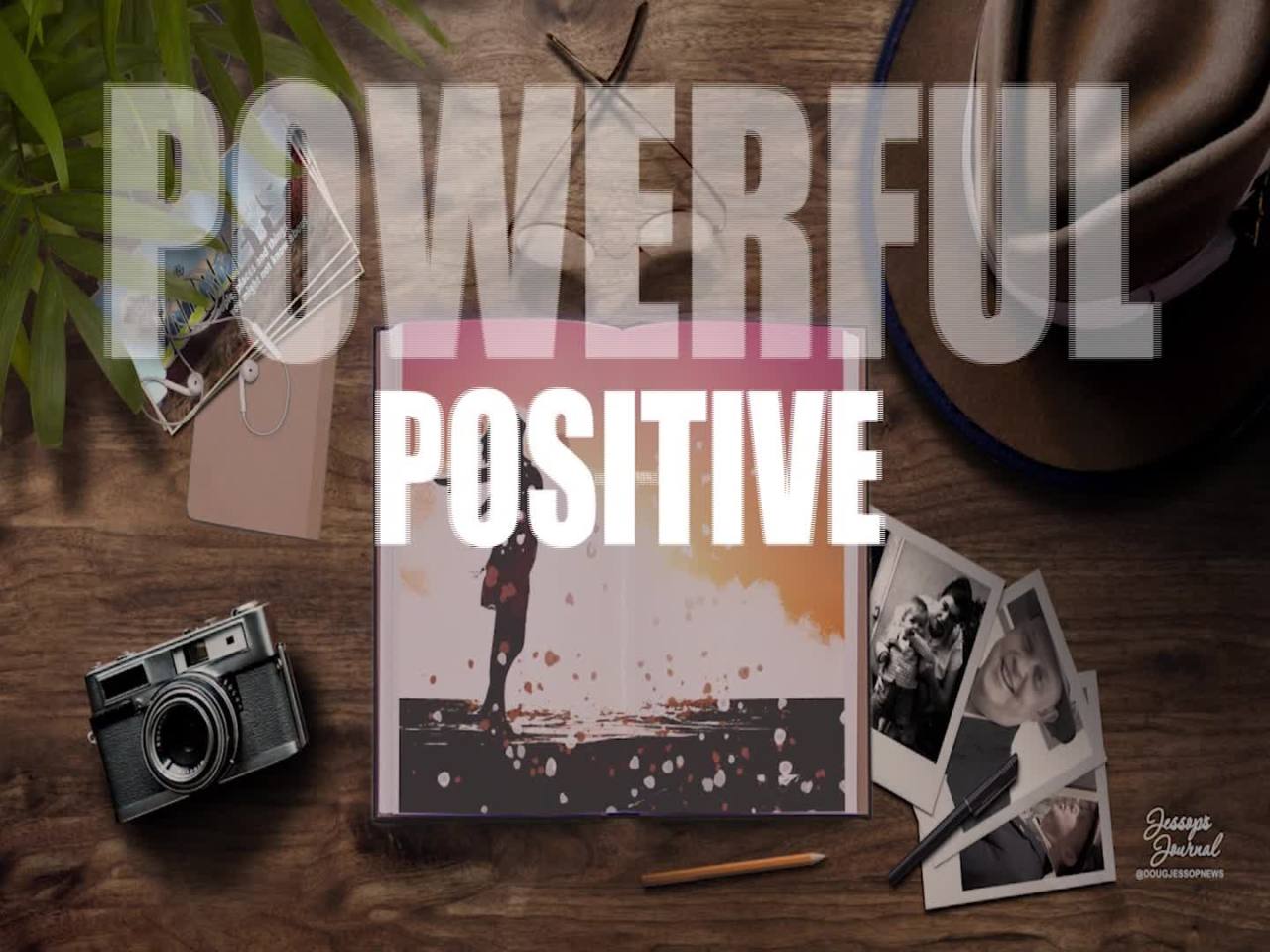 (DOUG JESSOP – JESSOP’S JOURNAL) It has been said, “a picture is worth a thousand words.” In this episode of Jessop’s Diary, we visit people who create and capture many thousands of words.

In this episode of Jessop’s Journal, we feature “Artists & Authors.”

Our musical guest, Pixie and the Party Grass Boys, entertain us with pleasure and positive song – “Dance”.

Everyone has a story. Items with stories are memorized treasures.

In between, children’s book author Mike Agrelius have fun with words.

But first, the artist Greg Newbold…

You’ve probably heard the term “starving artist”. My response to that is another “we all have to start somewhere” phrase. In this episode of Jessop’s Diary, I had the pleasure of visiting a very talented and successful artist, Greg Newbold.

It’s interesting to see how people connect with each other. As most people know, I wear custom hats all the time. A very nice drawing of an actor Sam Elliot wearing a hat appeared on my following social networks. I contacted the artist (yes, it was Greg Newbold) and found out the back story and invited him to come over to Jessop’s Journal. By the way, don’t forget to pay attention to the opening graphics of Jessop’s Journal with a very cool new picture of me that Greg drew for me.

When I say success, I mean it’s Greg’s “day job” and has been for decades. He told me; “I am aactually sold a few paintings when I was in 8and to note. Fifty dollars. I was driving in it. In high school I would have friends, can you draw this for me. Of course, ten dollars, twenty dollars. No matter. By the time I reached my senior years of high school, I was selling paintings for two to three hundred dollars and I thought to myself that I could understand that. So it went from there.”

The mantra I’ve used for years when it comes to TV reporting is “good stories and pretty ppictures. Greg brought a lot of lovely images to our Jessop’s Journal interview and the stories came naturally.

One of my favorite paintings that Greg showed me was familiar…but different. You’ve probably seen this Grant Wood painting called “American Gothic” of an elderly couple in front of a farm with the guy holding a pitchfork. Come check it out as an illustration for the first picture book that Greg and his wife, Amy Newbold did together. It’s called “If Picasso Painted a Snowman”.

Greg explained; “The backstory is that my wife took a trip with her sister to Paris at the Picasso Museum and she was amazed at the breadth of this guy’s career. She thought, I wonder what it would be like if Picasso painted a snowman and her sister turned to her and said, you should write that. It would be a great picture book.

It is clear that Greg is passionate about art and wants to encourage the next generation of artists. “We try to help kids see that you can paint and draw any way you want. There’s that time in your growing years where they all like to draw and then they reach a certain age where someone tells them they’re not doing it well or they feel intimidated because they’re not as good than this child or whatever and they stop. What we’re trying to do is say, hey, the art is awesome. Have fun with it. Make art as you see fit and it’s good. Just be creative.

On a personal note…surprise, surprise, I was the kid who got into trouble writing outside the lines. I’m glad Greg Newbold continued.

Everyone has a story. Stories have power. Sometimes these stories are told through music. It’s time for JEssop jukebox.

This week Pixie and the Partygrass Boys remember that sometimes you have to howl at the moon and dance!

From Montana to Minnesota, back to Montana and now to Utah. It’s part of the story of the journey that helped create professional photographer Chris Dickinson who is.

As a child, his mother took him to the library. Yes, he read children’s storybooks. But what really caught his attention was LIFE magazine and National Geographic. He remembers seeing photographs of distant lands and contemplating the deeper meaning captured in the image.

Chris told me he saw a picture of small children standing near their village as they the fire was raging background. He wondered what the crunch of their feet sounded under the gravel road, sounded, smelled.

People know me as the #tvhatguy. I was in good company for this interview. Chris and I have hats made at JW Custom Hats. As Ed Wilets, my collaborator/videographer, was setting up the gear for this episode of Jessop’s Journal, he teased that today there were “lots of hats.”

Chris Dickinson also has a brand...an amazing looking beard. This seems to fit the personality of much of his western life photography work. I hope you enjoy a glimpse of his work in this interview. I asked him to describe some of his favorites.

There is a multi-generational photograph of a ranch family with a unique interaction between a grandfather and his grandson.

The one that caught my eye was photographed in the Western Desert of Utah with raw horse hoof and sunset energy and power. Dust fills the air. You can taste the grain. Now add a 1930s Harley Davidson Panhead Head motorcycle and the energy level jumps to another level. Think “Mad Max”.

I like the expression ” Life is just a game, with us as actors. What this means to me is that our story is told with images. Memories in our mind, flickering on the screen of life.

Chris spoke to me the most emotional project he worked. This work he will always remember.

A American by birth A woman asked Chris to photograph a photograph of her son who committed suicide aged 10. But it wasn’t that simple. She then handed him her boots, a hat with a special “blessed feather” that shouldn’t touch the ground. He was asked to place these items on an old family table that had the initials of this little boy’s grandmother engraved on it. Chris then asked her mother to hold the photo. He told me he wanted to show this connection of this mother holding her child in a way that only a parent can.

Emotions. Emotions captured in an instant. Moments that can now be kept, saved and shared.

Homophones are words that sound the same, are spelled differently, and have completely different meanings. Author, Mike Agreliusrecites her children’s picture book – “Listen to what’s here.”

Everyone has a story. Stories have power. Items with a story are memorized treasures.

For Chris Dickinson, his treasure is a old leather jacket emblazoned with a number of cattle marks…including the mark of a grandfather he has never met.

Everyone has a story. I feel it strongly “stories have power”. Chances are if you’re going through something, someone else has probably been through it too. The shared experiences that humans have can help each other. That my friend points out that the stories “Help us understand each other.

You don’t have to agree with everyone, but in my opinion, if people took more time to find out more about each other and where they’re from, we might just find that we have more similarities than differences.

Jessop’s Diary is something special when it comes to breaking news. I’m honored to be able to do longer, in-depth interviews that you don’t normally see with people from all walks of life. Kudos to my collaborator, Ed Wilets, who does an excellent job as videographer/editor for all of my stories. Your comments are always welcome at [email protected]

It is my honor to be able to share, Jessop’s Journal, a 30-minute collection of powerful, positive, and inspirational stories every Sunday morning at 10 a.m. on ABC4 to all of Utah as well as parts of Nevada, Idaho, Wyoming, Colorado and Arizona. Jessop’s Journal is also available worldwide at JessopsJournal.com.

Along with another entry in Jessop’s journal, I’m Doug Jessop.

For Doug Jessop, it all started with a cassette tape recorder he received for Christmas when he was 12 growing up in Southern California. Doug interviewed relatives, friends and anyone else who might have a good story. You can follow Doug at www.DougJessop.com, on YouTube.com/DougJessop and @DougJessopNews on Facebook, Instagram and Twitter.

Jessop’s Journal is a copyrighted production of Fedora Incorporated and made possible through the generous support of XLEAR, Tatt2Away, Millcreek Gardens, and LIFE Never Boring.

Quantum Genomics announces the publication of a new scientific report