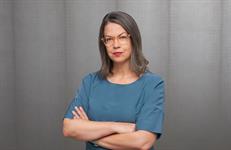 She will lead the content team at Greentarget, a public relations firm focused on professional services firms, and will be based in the agency’s New York office, reporting to Executive Vice President Laura Miller.

Smith replaces Brandon Copple, who had led the b-to-b company’s content and publishing practice since 2015. Copple, also a veteran journalist, left Greentarget in June 2021 to join Descript as director of content marketing.

“[Copple] helped us confirm that there was a need among our clients for corporate journalism and find all the ways to bring that to life,” a Greentarget spokesperson said. “[Smith] drives the ball forward with everything she’s learned covering two highlights from The Wall Street Journal.

Smith joined the Wall Street Journal in 2011 and spent three years covering the legal profession before reporting on culture and later on logistics and supply chain. Earlier in her career, she was a reporter for Newsday on Long Island and an adjunct professor at the City University of New York’s graduate school of journalism.

Greentarget, founded in 2005, has a team of over 60 employees in Chicago, New York, Los Angeles, San Francisco and London.

How have human organoids been used in research to study SARS-CoV-2?