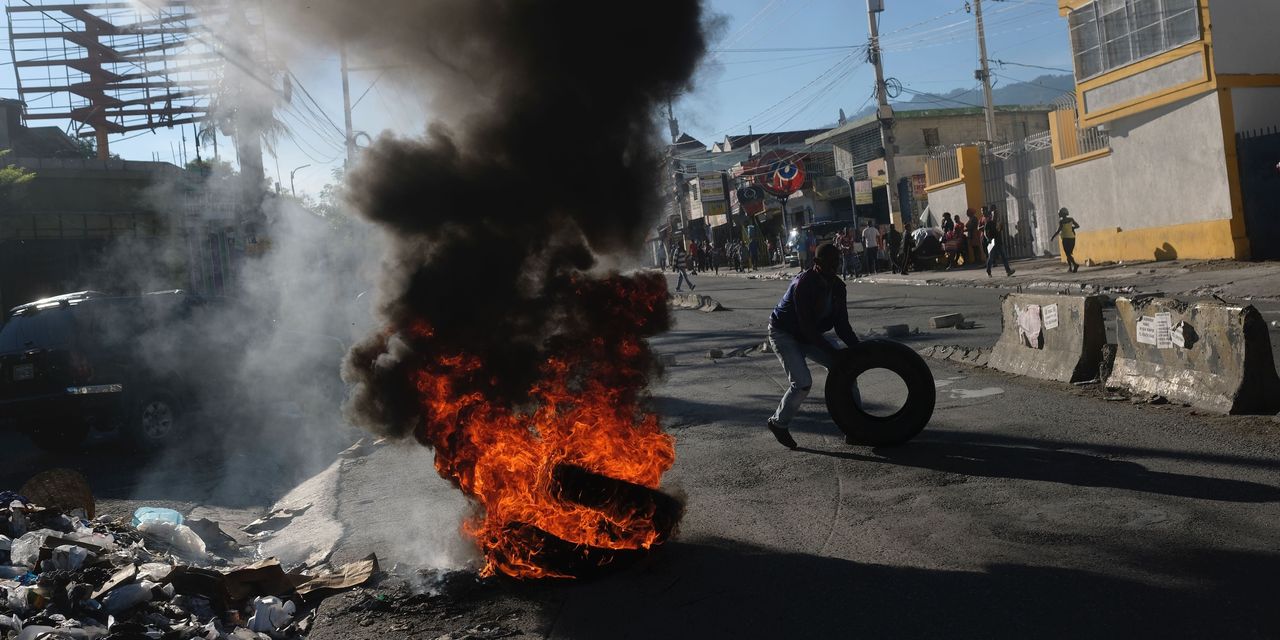 Haitian gang that kidnapped American missionaries threatens to kill them

â€œI swear if I don’t get what I want, I’d rather kill the Americans. I’m going to shoot them in the head, â€said Wilson Joseph, considered by Haitian authorities to be the leader of the 400 Mawozo gang which carried out the brazen mass kidnapping of 16 Americans and one Canadian.

The video was shared widely on social media in Haiti on Thursday. The Wall Street Journal could not verify its authenticity.

Mr Joseph appeared to be speaking in the video of a Wednesday funeral of five of his fellow gang members, whose deaths he blamed on National Police Chief Leon Charles. It was not known how or why the gang members were killed.

â€œFive soldiers have fallen but they will not destroy an army. I will shed blood, â€he said.

Haitian police officials were not immediately available to comment on the charge. But Prime Minister Ariel Henry’s office has announced that Mr Charles has resigned and been replaced by another senior police official, Frantz Elbe. A senior Haitian official said Mr. Charles’s resignation was due to his failure to secure the Prime Minister’s participation on Sunday in a patriotic ceremony that was marred by gunfire from local gangs.

The missionaries were kidnapped last Saturday in an eastern suburb of the capital when armed gang members forcibly stopped a minibus carrying men, women and children. The group, which includes an 8-month-old baby, was returning from a visit to a nearby orphanage.

Asked about the gang leader’s threat to kill the hostages, White House deputy press secretary Karine Jean-Pierre said the Biden administration had “relentlessly focused” on the kidnappings, while adding that US officials from the State Department and Federal Bureau of Investigation were on the ground in Haiti.

“We will do everything possible to help resolve the situation,” Jean-Pierre told reporters on Thursday. â€œIt’s a very difficult and long-term process. We are focused on this, but is it absolutely essential that this security dynamic change for Haiti to make real progress?

Mr. Charles, the police chief who resigned, has been heavily criticized for his handling of the investigation into the assassination of Haitian President Jovenel MoÃ¯se in July. More than 44 people have been detained as part of the investigation, but no clear motive has emerged, and the first investigating judge in the case resigned after the assassination of one of his clerks. Other employees also went into hiding after receiving death threats.

The kidnapping of the missionaries only added to the sense of crisis in the country. Haiti suffers from a wave of kidnappings and common crimes carried out by gangs who now control up to two-thirds of the capital and the country, according to some local human rights groups.

The hostages are associated with Christian Aid Ministries, an Ohio-based charity created by Mennonites and Amish and other conservative Christian sects. The charity did not immediately respond to the threats.

Earlier Thursday, Christian Aid Ministries held a press conference saying he was organizing a day of fasting and prayer. The families of those held hostage said in a public letter that they were praying for their family members as well as the kidnappers.

â€œThank you for your prayers on behalf of our family members who are being held hostage in Haiti,â€ the letter began. â€œGod has given our loved ones the unique opportunity to live out our Lord’s command to love our enemies.

The missionaries and their families held hostage are from Wisconsin, Ohio, Michigan, Tennessee, Pennsylvania, Oregon and Ontario, Canada, and are between 8 months and 48-year-old spokesman Weston Showalter said. Five of those abducted are children, he added.

Haitian Justice Minister Liszt Quitel said earlier this week that the gang is asking for $ 1 million for the release of each hostage, for a total of $ 17 million.

â€”Sabrina Siddiqui in Washington, DC, and Ben Kesling in Chicago contributed to this article.

9 foods and drinks that can promote calm