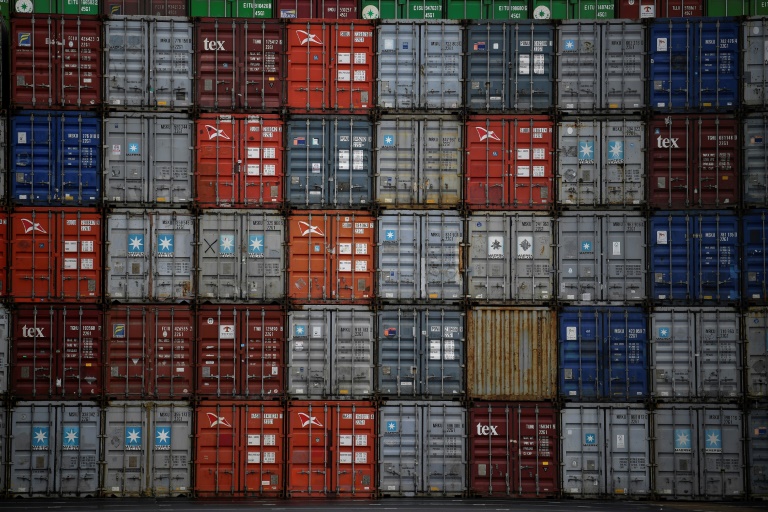 From backlogs of shipments to shortages of truck drivers, Britain faces a worsening supply chain crisis triggered by Brexit and Covid.

But management at Portsmouth International Port says it is weathering the storm and stepping in to help ease congestion at larger and rumbling deep-water ports.

For England South Coast Port Manager Mike Sellers the situation is unprecedented in his decades of career in the industry.

“I have been in the port industry for 30 years and I have never experienced such a perfect storm,” he told AFP against a mountainous backdrop of carefully stacked containers.

Portsmouth is weathering the crisis as operators seek to save time after unloading cargo near Southampton or further east in Felixstowe and not take empty containers for the return trip.

“Portsmouth took advantage of the deadlock … by repatriating empty containers,” Sellers said, estimating that around 10,000 have been returned to Asia via Europe.

â€œThese would usually be reloaded onto the ocean-going container ships. But because of the ships waiting to dock in deep-water ports, they don’t fill them with empty containers to save time. “

As a result, Portsmouth’s total freight is currently only down 10% from its pre-2019 pandemic level.

Portsmouth handles smaller volumes of containers that have been transported over short distances.

The global supply crisis and shortage of truck drivers have been exacerbated by labor shortages in Britain, due to tighter entry requirements after leaving the European Union.

Brexit, which took full effect on January 1 when Britain left the European customs union and the single market, also severely disrupted export and import activities to the bloc.

As a result, there have been widespread shortages of everyday groceries like bottled water, some meat products, and fresh fruits and vegetables.

According to Mark Simmonds, policy officer at the British Ports Association, the supply chain crisis has worsened since the start of the pandemic last year.

The sellers said there had been a drop in imports and exports from pre-Brexit levels, but insisted that “the supply chain will work out itself.”

â€œIt will take time, but it will balance out. But I think we still have at least another 12 months of supply chain issues. “

UK media have speculated extensively on the short-term impact of supply chain and labor market issues, particularly in the run-up to Christmas.

Party foods such as turkeys and â€œpigs in blanketsâ€ (sausages wrapped in bacon) could be affected by the shortage of butchers and slaughterhouse workers.

Many seasonal workers came from the EU but did not return after the pandemic.

The cost of Christmas trees could soar, due to import barriers and rising raw material costs, while some toys could be missing from the shelves.

After Covid restrictions hit last Christmas, limiting and even banning gatherings of family and friends, the government is keen not to be considered a Scrooge this year.

â€œWe’ll be celebrating Christmas (and) there will be food and toys,â€ Simmonds said.

Back in Felixstowe, some container ships still have to drop anchor and wait for days before they can dock and unload their cargo.

Danish shipping giant AP Moller-Maersk began in October diverting traffic from Felixstowe to mainland ports like Rotterdam and Antwerp, before switching to smaller ships for deliveries to the UK.

The key period from September to October is a critical time for retailers to stock their warehouses for Christmas.