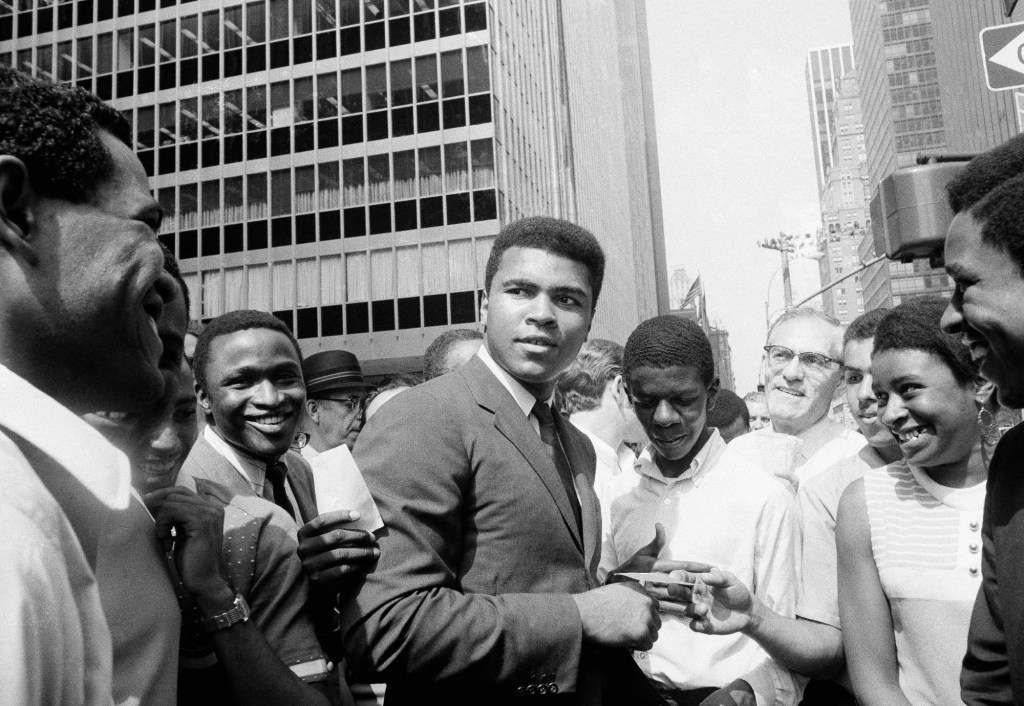 “73rd Emmy Awards” (5 p.m. PT; 8 p.m. ET, CBS): It’s TV big night and we have a lot of questions: Can the comedic football underdogs of “Ted Lasso” really feel the thrill of victory? Is “The Crown” about to win a spectacular royal flush? Will Baby Yoda grace the red carpet with his presence? (Yes please!). At least one thing seems pretty certain: shows from streaming platforms will dominate. As for our host, just hope that Cédric the Animator lives up to his name.

“Sunday Night Football” (5:20 p.m. PT; 8:20 p.m. ET, NBC): It’s an extraordinary two quarterback battle as Patrick Mahomes and the Kansas City Chiefs visit Lamar Jackson and the Baltimore Ravens at M&T Bank Stadium. The Chiefs rallied for a 33-29 win over the Cleveland Browns in Week 1, while the Ravens lost 33-27 to the Las Vegas Raiders in overtime. Al Michaels and Cris Collinsworth call for action.

“Muhammad Ali” (8:00 p.m., PBS): Is there something new to learn about the famous American heavyweight champion and icon known as “The Greatest”? Prolific filmmaker Ken Burns promises new angles and ‘breathtaking moments’ in this four-part, eight-hour documentary series that delves deeply into Ali’s extraordinary life and examines how it intersected with sports, politics, civil rights, culture and religion.

“The origins of COVID-19” (8 p.m., CNN): As the ‘new’ coronavirus continues to sweep the world, infecting more than 219 million humans and killing more than 4.5 million people to date, there is a growing clamor to uncover the origins of the disease that started the global pandemic and changed our lives forever. In this special, Dr. Sanjay Gupta looks at the investigation into the origins of SARS-CoV-2, the virus that caused the pandemic, and the fractures within the scientific community.

“Power Book III: Raising Kanan” (8 p.m., Starz): In the penultimate episode of the season, Marvin seeks revenge. This forces Raq to turn to Kanan for help that only he can provide.

“The circus: in the greatest political spectacle in the world” (8 p.m., show time): Season 6 resumes as hosts John Heilemann, Alex Wagner, Mark McKinnon and Jennifer Palmieri travel the country to examine the fallout from the Biden administration’s most aggressive decision against Covid to date – requiring only tens of millions of people. workers are vaccinated or regularly tested. The program follows the furious response from Republican heads of state, businesses hailing the decision, and an American public struggling to endure the pandemic.

“Chapelwaite” (9 p.m., Epix): In “The Promised”, Charles prepares to enlist in the asylum for treatment, but Tane discovers something disturbing in the barn that could help reveal Chapelwaite’s secrets. A scary group of emaciated acolytes arrive with a message.

Tear off the veil on diversity regimes