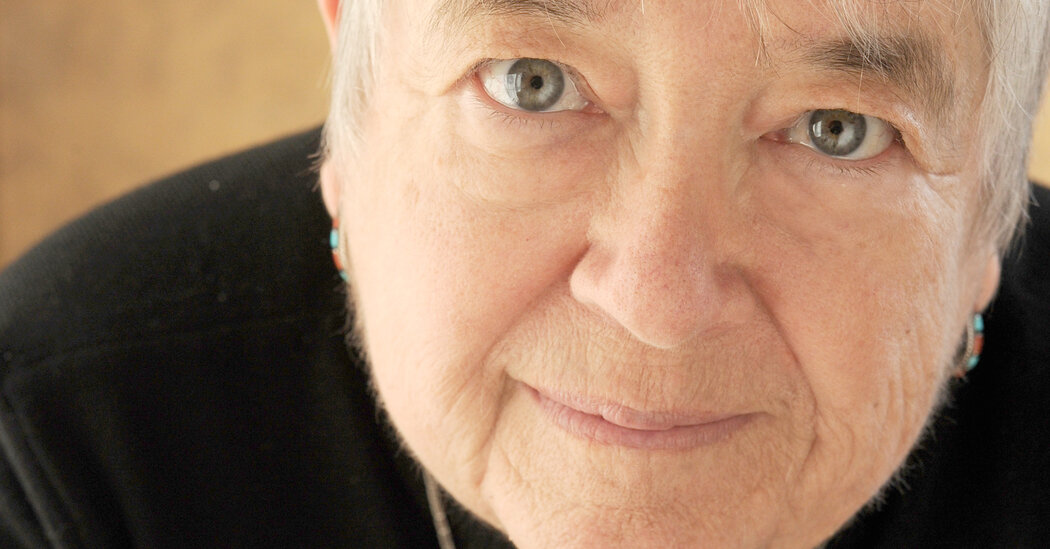 Linda McAlister, philosopher and founder of the Feminist Journal, dies at 82

Linda Lopez McAlister, professor of philosophy and feminist studies and founder of Hypatia, a feminist journal that was the first major publication of its kind, died Nov. 9 at her Albuquerque home. She was 82 years old.

The cause was heart failure, said Sharon Bode, his wife and sole survivor.

Philosophy, like most academic disciplines and beyond, was a man’s world when Dr. McAlister began his studies in the late 1950s. (It had been since ancient times; Aristotle had ideas quite particular about female anatomy, claiming that women had fewer teeth than men and lower body heat, conditions which he said disqualified them from serious projects like philosophy.)

Dr McAlister recalled in an essay for Hypatia in 1989 that when she enrolled in the Doctor of Philosophy program at Cornell in 1964, the administration broke its rule of admitting only one woman each year and “attempted his luck, â€as he was told, by admitting four.

After earning her doctorate, she was hired as a professor of philosophy at Brooklyn College and was quickly reinvigorated by the women’s movement. Along with her peers across the country, she began to challenge sexism in their field. They wanted to publish work from a feminist perspective, but there was no room to do so.

So in 1972 they formed the Society for Women in Philosophy and began to strategize on how to fund and produce a journal. It took more than a decade before Hypatia debuted, first appearing as an insert in the Women’s Studies International Forum, an academic journal. Its first editor was Azizah Al-Hibri, now Professor Emeritus of Law at the University of Richmond.

By the late 1980s, Hypatia had a dedicated publisher, Indiana University Press, and featured academic writing on topics such as Foucault and feminism, French feminist philosophy, motherhood and sexuality, and reproductive technologies.

It was the first philosophy journal to address feminist issues, said Mary Ellen Waithe, professor emeritus of philosophy at Cleveland State University and editor of the four-volume anthology “A History of Women Philosophers”.

“The dominant philosophy of the 1970s did not see feminism as a valid subject,” she said in an interview. “It was considered a girlish thing, with every aspect of reduced ability you can imagine.”

Dr McAlister was adamant that the journal be called Hypatia, for the fourth-century Alexandrian Neoplatonic mathematician, astronomer and philosopher who was skinned alive and burned by Christian fanatics outraged by her pagan beliefs.

Dr McAlister became the editor of Hypatia in 1990, and a few years later was amused and baffled to find himself in the news as the butt of Rush Limbaugh’s ridicule. Mr. Limbaugh was inflamed by an article in Hypatia titled “Male lesbians and the postmodernist bodyâ€And railed on his radio show that taxpayers’ money was being spent on Dr. McAlister’s college salary to publish what he considered an abomination. (Mr. Limbaugh was not a subscriber – he had read the business magazine article critical of Hypatia.)

Never mind that Dr. McAlister’s journal work was done in her spare time, without pay, during the summer months, and the article was an entertaining and critical analysis of biological men who claim to be lesbians, a concept of gender that the author of the article did not recognize.

In a preface to a later issue of Hypatia, Dr McAlister wrote that she decided that Mr Limbaugh’s attacks were “a final sign that we must do something right.”

Linda Lee McAlister was born on October 10, 1939 in the South Gate neighborhood of Los Angeles. His father, Manuel Lee McAlister, worked for the HC Smith Oil Tool Company. His mother, Helen (Sherwood) McAlister, was secretary at the Firestone Tire and Rubber Plant. When Linda dated Barnard in New York City – she was the first of both sides of her family to attend college – it was on a scholarship from Firestone. She obtained a bachelor’s degree in philosophy and obtained her doctorate. in philosophy from Cornell in 1969.

When she was professor of humanities and dean at the Imperial Valley Campus of San Diego State University, she changed her middle name to Lopez, in honor of her Mexican heritage (that was the last name family of a great-grandmother).

“I did this for a number of reasons,” wrote Dr McAlister in “My Grandmother’s Passing,” an essay published in “Whiteness: Feminist Philosophical Reflections” (1999), on his grandmother’s attempt to pretend to be an Anglo woman. â€œIn Calexico, it was a good idea to let people know that I was not ‘just an Anglo’, that is to say that I was not fully identified with the Anglo hegemony which practically held all the power in Imperial Valley. But even after I left, I continued to use it because it sometimes helps people not to â€œlaunderâ€ me, as they are naturally inclined to do. This ensures that I will not pass myself off as 100 percent Anglo.

In 1982, she became campus dean and professor of philosophy at the University of South Florida at Fort Myers. But after three years in the post, she was fired for being a lesbian, she said, and sent to state higher education offices in Tallahassee to work with the vice-chancellor. After two years, she transferred to the Tampa campus, as a professor of feminist studies and philosophy. She retired in 2000.

Dr McAlister also helped found an organization of German women philosophers which later became the International Association of Women Philosophers. (She had spent a year in Germany on a Fulbright Fellowship; her thesis was on Franz Brentano, a 19th-century German philosopher.)

She has edited several books on feminist philosophy, including “Hypatia’s Daughters: 1500 Years of Women Philosophers” (1996).

After retiring from academia, Dr. McAlister founded Camino Real Productions, a theater group in Albuquerque, producing shows on Latin identity, such as â€œAye, No! ” a bilingual farce written by Liz Coronado Castillo about a Latina woman who falls in love with an Anglo woman in college and brings her back to her aunts and grandmother. It was presented at the Hispanic National Cultural Center in 2015.

â€œI didn’t think very early on that our daughters at home were making history,â€ said Ann Garry, professor emeritus of philosophy at California State University in Los Angeles and founder of the Society for Women in. Philosophy and Hypatia. “But Linda was very determined over time to have our story told.”