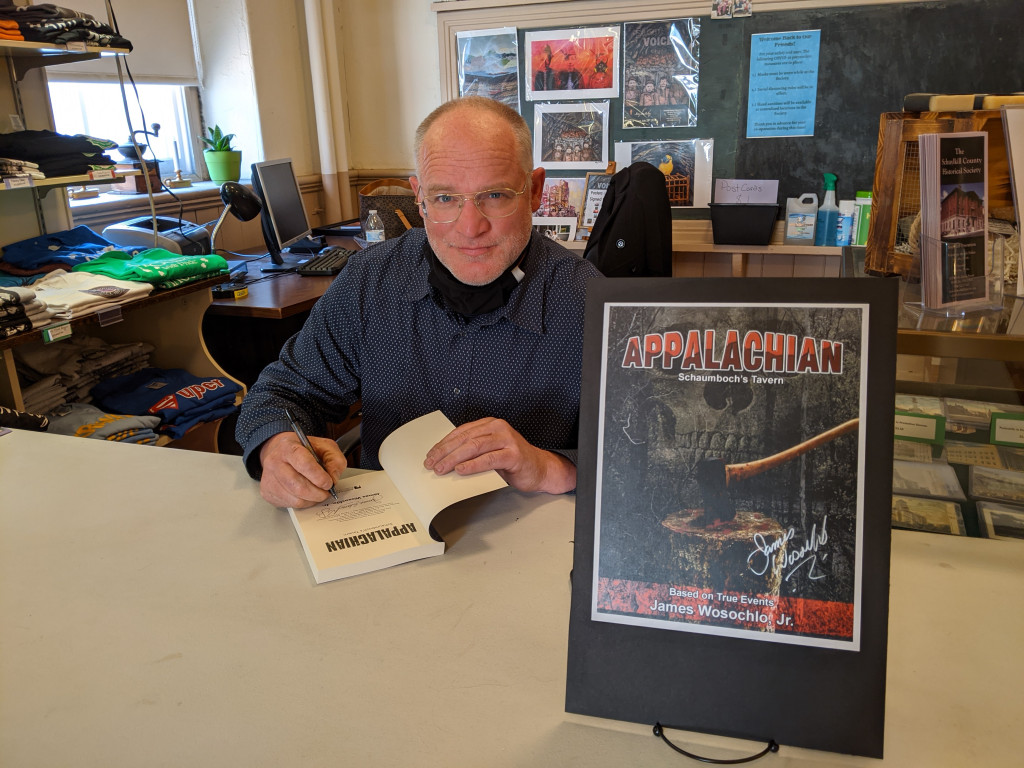 ALAMOSA – James Wosochlo is delighted to announce the release of his new book, “Appalachian Schaumboch’s Tavern”.

Wosochlo is a local author who lives in Alamosa. He has always been interested in history and his novel “Appalachian” is based on real events.

The book tells the story of Matthias Schaumboch who owned a tavern in Pennsylvania in 1850. Schaumboch is said to be America’s first undocumented serial killer.

He is believed to have used his tavern to lure unsuspecting travelers and hawkers and rob and murder them in order to survive. Although the murders are not documented, Schaumboch provided a deathbed confession of these murders. The authorities were aware of the rumors; however, they did not take the deathbed confession seriously because he was dying of dementia.

Wosochlo brings this story to life in his gripping novel “Appalachian”. Around this time, he was also contacted by production companies in hopes of bringing his story to life on screen, as well as in film. He also received emails and social communications from all over the world with questions and plots about his novel.

“Appalachian” is currently in a screenwriting competition in Los Angeles and has been accepted at the Philadelphia Film Festival in Philadelphia. “Appalachian” can be purchased at many bookstores around the world.

His next novel titled “Unexhumed” is currently in the works, and Wosochlo hopes to put that book on sale before October of this year, just in time for Halloween.

Registrations are open for the SCC Junior Open | Sports