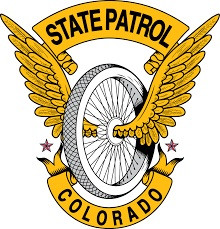 ALMOSA COUNTY — Alcohol was reportedly a contributing factor in a two-vehicle crash Thursday night, June 16, on State Road 160, a half-mile east of Milepost 246, according to Colorado State Patrol. The occupants of the vehicles were treated for serious to moderate injuries at a nearby hospital.

The Mini Cooper traveled in the westbound lane. The Cadillac drove into the eastbound lane to avoid a collision, according to CSP.

The Cooper returned to the eastbound lane, hitting the Cadillac head-on, CSP reported.

After impact with the boundary post, the Cadillac exited on the south side of Colorado Highway 160 and came to rest on its north-facing roof.

Dominguez was also transported by ambulance to San Luis Valley Health Regional Medical Center where she was treated for serious injuries.

Alcohol was suspected to be a contributing factor in the accident and the accident is currently under investigation, the CSP reported.