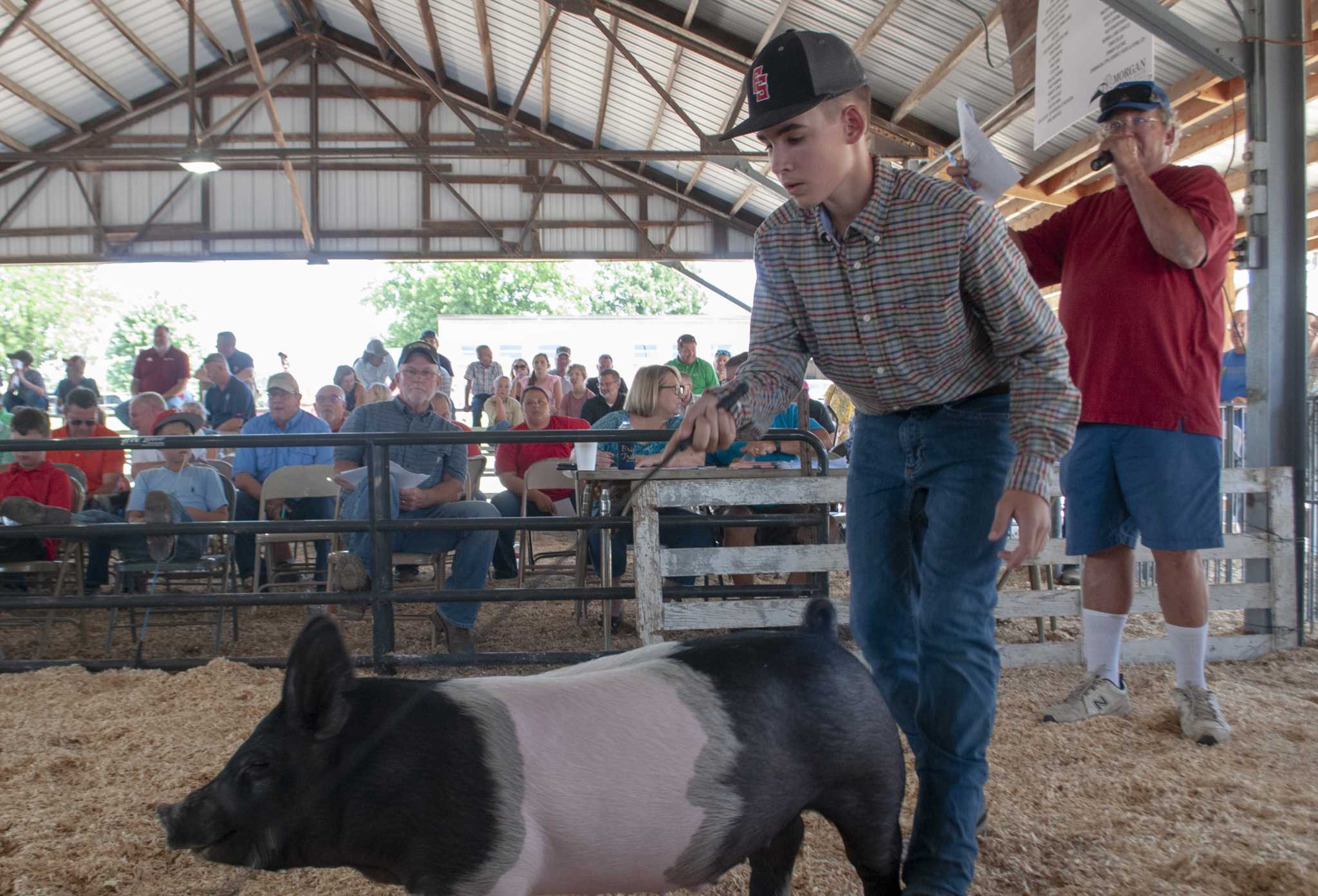 Morgan County 4-H attendees hit the paddock Monday on the final day of the fair, with the animals they raised bringing in more than $160,000 in sales.

This year’s auction brought in a total of $169,000, surpassing last year’s $100,000 sale, according to Tammy White, treasurer of the Morgan County Fair Foundation.

The best-selling champion big wheelbarrow was Amelia Krispinsky of Pleasant Plains, the daughter of Travis and Mary Stremsterfer.

The top steer that won the highest bid was Jacksonville resident Myles Homann, with his steer selling for $6 a pound and weighing 1,324 pounds, for a total cost of $7,944. Homann is the son of Ken and Kim Homann.

The third animal sold was James Adkins’ wheelbarrow which sold for $16 a pound with a total weight of 299 pounds, the sale was $4,784.

There were 90 4-H participants who took part in this year’s auction.