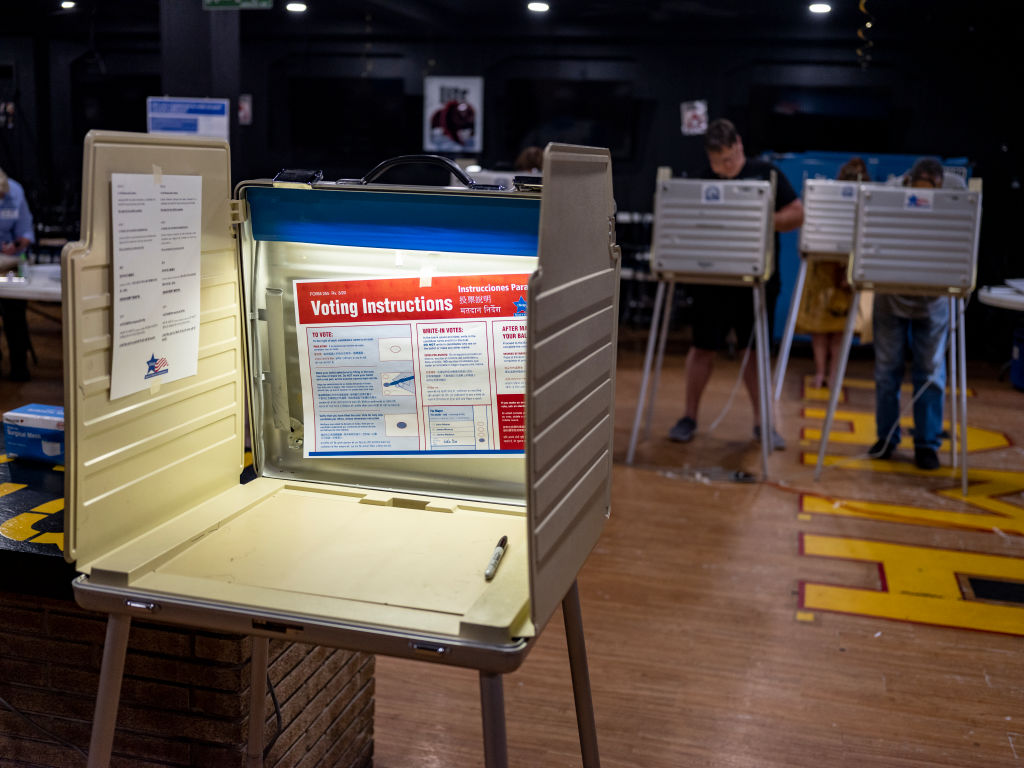 While November’s election tends to attract attention, Tuesday’s primary drew a steady stream of voters who said it was important to have their voices heard in any election.

“I like to vote in all elections – local, state, primary, general,” said Sal Vitale of Jacksonville. “I always try to be present and vote.”

As of 4 p.m. Tuesday, the county clerk’s office had already received more than 600 early ballot votes.

County Clerk Jill Waggener said early indications were that turnout would be higher for this primary than in the past.

Waggener said voting in the primary is important to choosing the best candidate to represent someone’s party in November.

“What people do is nominate whoever they want in the November ballot,” Waggener said. “We nominate, we don’t elect.”

Jacksonville’s Pete Lira says there can’t be a general election without a primary. And it’s the primary election that helps narrow the November ballot down to the candidates people want.

“That’s what makes things happen,” Lira said. “If you don’t vote, your representative may not even be selected.”

Jacksonville’s Caroline Sturgen said she rarely votes in the primary, but there were a few candidates she wanted to help secure a nomination this year.

“I had a few people I wanted to vote for in particular,” Sturgen said. “I may not be able to vote for them if they don’t make it to the general election.”

Sturgen said she might not always vote in a primary if she isn’t educated about the issues or the candidates.

“As I got older, I paid more attention to politics,” Sturgen said. “I try to choose someone with similar values ​​to mine. It’s their job to represent us.”

Jacksonville’s Phronsie Spaulding said she was trying to become more active in an attempt to influence change.

“I feel like the government is a mess, that as a citizen I have to vote to change that,” Spaulding said. “It’s not that a vote can change too much, but I can’t really complain if I don’t participate.”

Spaulding said she often votes for candidates based on what they support or who they care about.

“If we want to change the way the world is, we’re going to have to vote in the primaries,” Spaulding said.

“I know it probably doesn’t make much of a difference,” Viles said. “There weren’t many choices for most races.”

Viles said she wants to be more active and try to influence decisions made in the state and the nation.