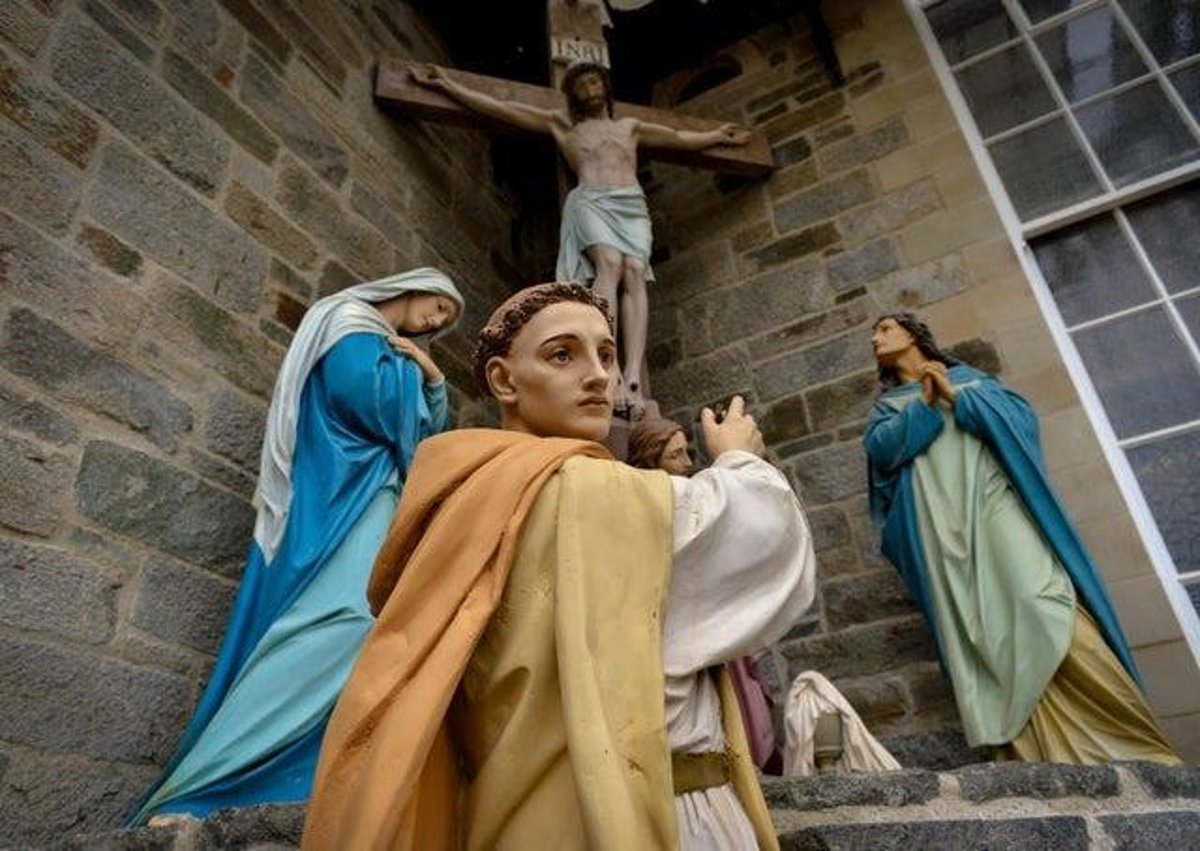 Casting A Long Shadow: A People’s History of the Long Tower (Colmcille Press) is the first comprehensive history of the area to be produced in over a century.

It will be launched at St Columba’s Long Tower Chapel on Friday 28th October at 8.30pm, and all are welcome.

St Columba at the foot of the cross outside St Columba Long Tower Church. (George Sweeney)

Researchers follow the site from Colombian times, through the Middle Ages and the Criminal Law era, through the revival of the 1800s and 1900s, to recent 1500th anniversary celebrations.

One of the finest churches in Ireland, St Columba’s Church, the long tower is believed to have been built on the site of a 6th century AD monastic settlement founded by St ColmCille (St Columba).

The current church in the Bogside/Long Tower area near the city center is in the same area where the huge Temple Mor Cathedral stood in the Middle Ages in the ancient city of Derry in north-west Ireland.

They discover the story of how the long tower became one of the finest collections of religious art outside of Italy. And, using archives, annals and ancient documents, they attempt to locate the location of the 6th century monastic settlement, the route of the medieval Colombian pilgrimage and the exact site of the Túr Fada (long tower) from the 12th century, which is said to be the tallest building in Ireland at the time.

The book contains dozens of photographs, illustrations and old documents, which will captivate both the casual reader and the serious historian.

Retailing for £20, Casting A Long Shadow is available now from local bookstores, Colmcille Press and from Áras Cholmcille’s office at the Long Tower.

Dick Wolfsie: These are words that fight