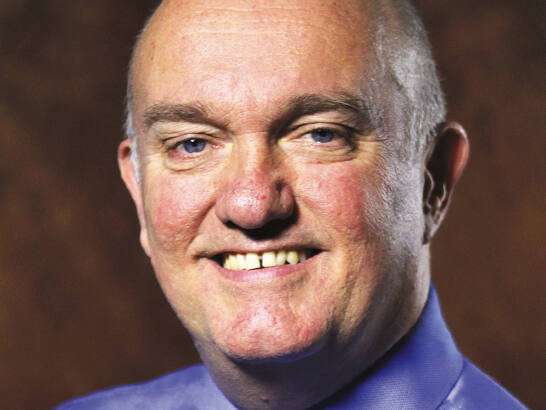 Paul Pastorino, who started his career in 2002 at another Sonoma Media Investments publication, The Press Democrat, and then moved to the Journal (the second of two runs to the publication) in 2010, plans to leave on September 30.

â€œOver the past 11 years, I have had the privilege of being a part of the team that helps advance good business in our region and connect our valued advertisers to our readers. Supporting this channel which has literally fostered millions of dollars in business transactions in our region has been a dream come true. No need to say goodbye, just ‘I’ll see you in town!’ “Said Pastorino.

With retirement, he added that he would “reallocate” his life in the future, working with an environmental non-profit organization, with the intention of “also performing in some local plays and learning the piano and golf â€.

Pastorino, a native of San Francisco who grew up in San Bruno, came to work in Sonoma County in 1982.

His career also included a stint from 1995 to 2002 as co-editor and co-founder of The 680 Business Journal, a publication that NBBJ co-founders Ken Clark and Randy Sloan began to cover in Contra Costa counties. , Alameda and Solano. Three years of this period also included his first stint with the North Bay Business Journal as Director of Sales.

Pastorino said his return to Sonoma County to The Press Democrat, becoming publicity manager and then publicity manager, took a turn in 2010 when asked to replace the Journal’s publicity team “temporarily”, replacing a person on sick leave. . That changed when this person decided to retire, he said, and the position became permanent.

At the time, recovering from the recession became a top priority, and Journal co-founder Clark came out of retirement to help the publication through this period. He asked Pastorino to join him from The Press Democrat. The group’s publisher at the time, Bruce Kyse, complied, bringing together the team that founded The 680 Business Journal.

Said Brad Bollinger, editor of NBBJ from 2005 to 2020, â€œNo one I know has worked harder for clients than Paul in the decade I have worked with him. At the same time, he was the quintessential team player among his colleagues, jumping to do whatever needed to be done. Plus, he knew all the great North Beach hangouts and where to find a good Panettone.

Robb Stites comes to trade publication after years of experience with nonprofit and Fortune 500 companies including the American Heart Association, BrÃ¸derbund, and Lowepro. From 2019 to 2021, Stites was Marketing Manager for the nonprofit No Bully, dedicated to working with schools and partners to fight bullying.

Assistant Professor in the School of Business and Economics at Sonoma State University from 2005 to 2011, Stites holds an MBA in Marketing from SSU and a BA in Communication and Journalism from Sacramento State University. He is originally from northern California and lives in Sonoma County.

Kevin Connell also joins the advertising side of the Journal as an account manager. He holds the position after working for the Journal’s parent company, Sonoma Media Investments, as an account manager / market consultant, starting in 2019. He has also held positions at Nitro Software, Rodney Strong Vineyards and Southern Glazer’s. Wine and Spirits.

Connell attended Santa Rosa Junior College and received a BA in Advertising with a major in Psychology from San Jose State University. He is originally from North Bay and has lived in Sonoma County for 20 years.

A professor of biomedicine joins the journal’s editorial team