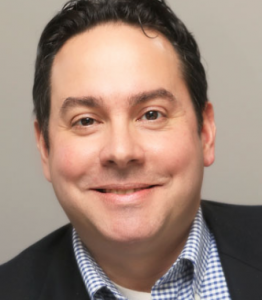 Olivia Weeks: Alan Maimon talks about “Twilight in Hazard” and his continued interest in the region

Alan Maimon spent five years writing about Eastern Kentucky for the former Hazard Bureau of the Louisville Courier-Journal. In 2000, he was a young reporter living in Berlin and quickly approaching a major turning point in his career. He had a fuzzy idea that in his next job he still wanted to feel like a foreign correspondent. But he was getting nervous about committing to the expat lifestyle.

When he saw the advertisement for the job at Hazard, the Philadelphia native thought he could have the best of both worlds: a firm foothold in the United States and an immersive cultural experience. It turned out that he would be the last journalist to take advantage of this opportunity. The Courier-Journal closed its Hazard office in 2005.

Part dissertation, part field notes and part general American political analysis, Twilight in Danger is “a story about how America and its institutions failed in eastern Kentucky, but for better or worse, how the people of the area have stuck to their idea of ​​Americanism.”

A conversation with Alan Maimon:

Olivia Weeks, The Daily there: Your stint as a Hazard-based reporter ended about 15 years ago. Why reflect on your years in Eastern Kentucky now? Why is this book different from the Appalachia Explainers Treasure Written by Outside Journalists?

Alain Maimon: It is impossible to understand the current challenges facing Eastern Kentucky and the country as a whole without examining how we got there. I covered Appalachian Kentucky during a pivotal and tumultuous time that included the onset of the opioid crisis, environmental destruction, political corruption, 9/11 and its aftermath, and a growing cultural and political divide in our country. Every story and question I wrote about in the early and mid-2000s still resonates today, especially those related to the impact of the historic dominance of the coal industry on the economic development of the South East. Kentucky.

One of the reasons Twilight in Danger is different from other books is that it lasted 20 years. I have worked in eastern Kentucky for over five years and have maintained my relationship with the area through my marriage to an 8th generation Appalachian.

I don’t see the book as an “Appalachian explainer”. At its core, it’s a story that zooms in to the mountains of Kentucky and zooms out to examine the unique American forces at play in the region. Nor do I present myself as some sort of oracle that has all the answers. If I don’t know what to think of something, I say so. Hope this adds to my credibility as a narrator.

There are two ways to tell a story. The first is to tell it in a way that leaves little or no room for conversation. That’s the way it is, and that’s the way it always will be. Then there’s the approach I’ve tried to take that encourages conversation by presenting information and leaving it up to the reader to decide what might follow.

A constant thread running through the book is that this is an exciting and crucial time in eastern Kentucky. While leaders in the region have long spoken of the need to diversify the region’s coal economy, these conversations have historically lacked a sense of urgency.

Today, I think it is recognized that the coal will not come back this time. And those responsible for economic development have become more serious in their work to create a multifaceted economic transition. It is a key part of the story I am telling.

Weeks: In a chapter of Twilight in Danger, “The day the news left town,” you wrote about the Louisville Courier-Journal’s elimination of its regional offices, including your post in Eastern Kentucky, during a time of general contraction. of the information industry. Did your role seem precarious to you while you were there? Did it seem to you that proving the value of rural stories to your municipal newspaper was part of the job? 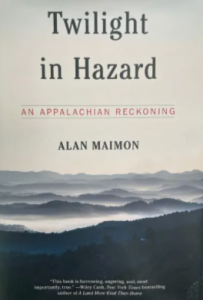 A M: This question touches on what has probably been the biggest internal struggle I have faced as a reporter in eastern Kentucky, and that is how I and the newspaper presented the area to predominantly urban and suburban audiences. I thought a lot about how I portrayed the region in my stories.

There was no shortage of news about my pace, and it made sense to think that a constant stream of front page articles from Eastern Kentucky would make the Hazard office more relevant. At one point, however, I started to question my article’s cover priorities. It was the start of an era in which we still live where newspapers reckoned with the challenges and opportunities of the internet as well as new initiatives that resulted in less in-depth journalism. I spent enough time in eastern Kentucky to understand the importance of presenting a three-dimensional portrait of the area. I enjoyed the chance to work on a series on the Kentucky criminal justice system that was a Pulitzer Prize finalist. But I’ve often found myself running into editors looking for quick click baits and business owners who ultimately felt that an office in eastern Kentucky was no longer needed.

A lot of disturbing news came out of the area as I covered it daily. These stories are fundamental to understanding Eastern Kentucky, but what I have tried to do in the book is to provide context for these stories and assess their significance in the context of the region’s generational struggles.

Weeks: Where does your news about the region come from now?

A M: Since the Courier-Journal and The Associated Press closed their offices in Eastern Kentucky, it has been harder to understand what’s going on in the area. I still have sources there. I stream the local CBS affiliate, WYMT, to my TV. The Lexington Herald-Leader always does solid reporting on the region. And I’m glad there is media like The Daily Yonder. What is still missing, however, is an overview of this very special part of the country. This is one of the main reasons I wanted to write the book, to connect the many dots that hopefully form a bigger picture.

I think it’s also important to note that less reporting from Eastern Kentucky has opened the door to bad journalism. I was shocked by the media coverage of the region after the 2016 presidential election, when many domestic journalists were dropped in to see what “Trump Country” looked like. Not only were most of the resulting stories built on flawed premises, they also had real meanness. I had been talking about the developing electoral trends I had seen in eastern Kentucky for years, so it was disappointing to see the 2016 election recounted in such a lazy way.

Weeks: I’m wondering if you can expand here, as you do in the book, on the term “bad nerves” and what that phrase means to the Kentucky Appalachians. How did you come to understand it as more than just a racket?

A M: I’m glad you asked this question, because the story of “bad nerves” is about more than high rates of anxiety and clinical depression. These diagnoses speak of a larger and under-reported phenomenon in places of urban and rural distress: generational trauma.

Time and time again when I was doing interviews I heard people use the phrase “bad nerves” to describe the illness that had qualified them for the Supplemental Security Income benefits. I wasn’t sure what to think of it at the time. But a huge SSI scandal that erupted after I left the Courier-Journal motivated me to explore the subject in the book.

In the 2010s, SSI (and Social Security Disability Insurance) programs came under intense scrutiny in the wake of what has been called the biggest Social Security fraud in American history. It involved falsified medical records and was perpetrated by Eastern Kentucky disability attorney Eric Conn, an administrative law judge and several physicians.

Not a single one of Conn’s clients was accused of knowingly participating in the scheme, but I think the public felt that the SSI beneficiaries were involved and were just trying to play with the system. Then something happened. The Social Security Administration cut benefits to over a thousand of Conn’s clients, and the suicides began. A Floyd County man who lost his monthly check committed suicide. Then a woman from Martin County did the same. These acts suggested that many of Conn’s clients were not engaged in a “simple racket” and that their mental or physical anguish was real.

In some counties in eastern Kentucky, one in four people are on SSI or SSDI. State and federal regulators have sounded the alarm bells about the high rate. But the number of people receiving disability benefits is not the problem. It is a symptom of a larger set of issues that I outline in the book.

Weeks: What is your relationship with the region now? What are your crucial stops during your visit?

A M: I now have a dual relationship with the region. My journalistic instincts remain strong, but my other affiliation with the region is that of the husband of a Harlan County coal miner’s daughter.

I come back to eastern Kentucky quite often, both for work and for family visits and reunions.

I like to start every trip with a walk through the area that usually starts and ends in Harlan and includes stops in Hazard, Prestonsburg, Pikeville, and Whitesburg. It’s a great way to meet friends old and new, and see what’s new in downtown areas and counties. I see the economic future of Southeast Kentucky as a puzzle of sorts. And downtown revitalization is certainly a promising piece of this puzzle.

There are some outdoor places that my family enjoys. Bad Branch Falls in Letcher County and Kingdom Come State Park in Harlan County are two of our favorites. The Kentucky Coal Museum in Benham is also a great place to spend a few hours.

Although I have great affection for the area, I am also upset by some of the things I see there. You cannot solve problems without attacking their systemic and structural roots. And I think there is still a lot of work to be done on these fronts. In some ways, Twilight in Danger is a call to action, not only in Eastern Kentucky, but to all Americans, because I believe we can do better to recognize and resolve our most pressing challenges.