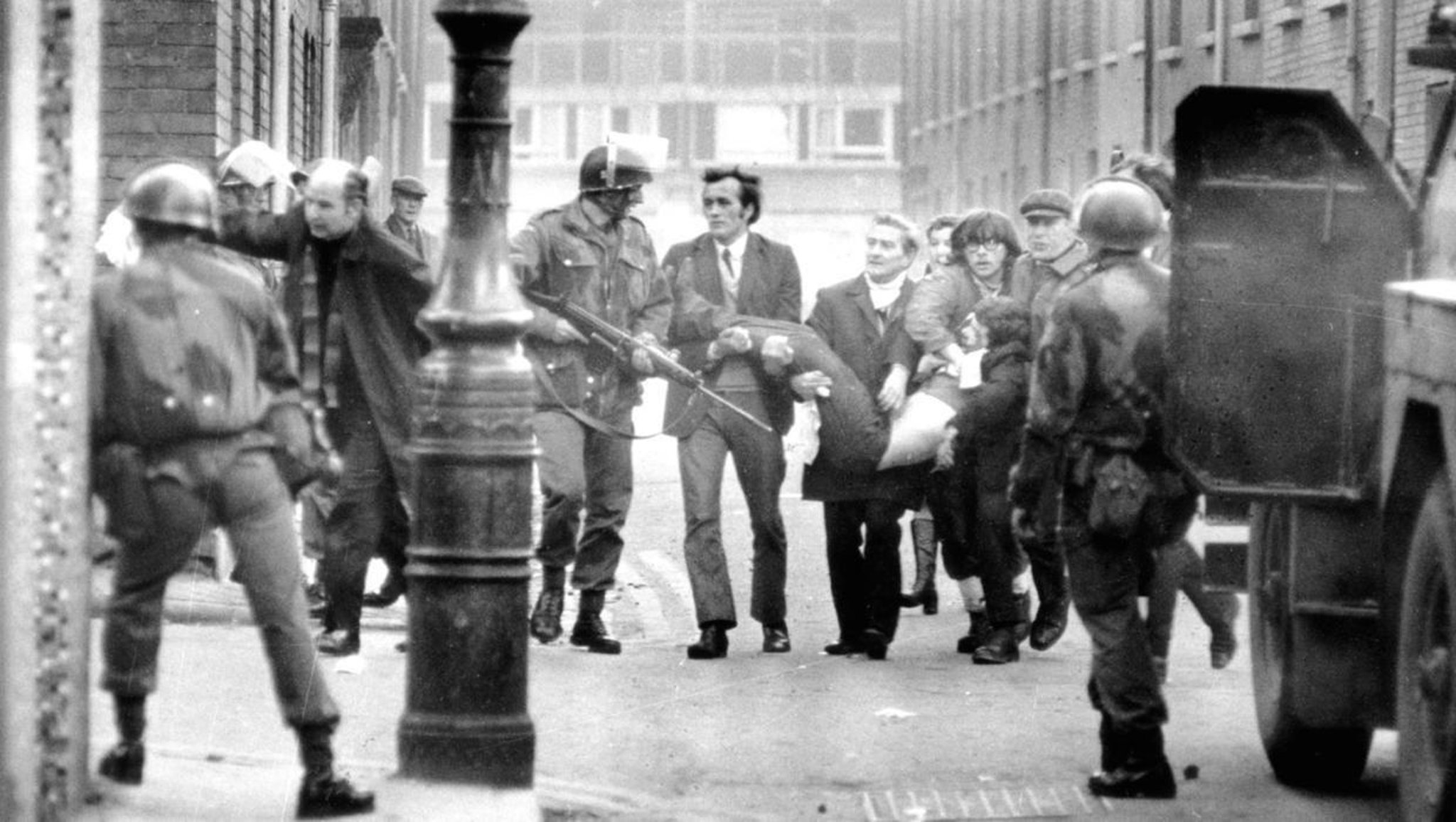 ‘On Bloody Sunday’: Powerful new book empowers people to tell their own stories

“A lot of people have buried their Bloody Sunday experiences and traumas,” she says. “Others have felt compelled to tell their story in hopes of catharsis or education. As a parent myself [her maternal uncle, Jackie (17), was among those killed], I felt the need to keep asking and keep saving these accounts, knowing how valuable they were.

The result of his efforts is a compelling and truly groundbreaking new column to be published later this month to mark the 50th anniversary of the Bogside Massacre.

The highly anticipated new volume – titled ‘On Bloody Sunday’ – is to be published by Monoray Books, an imprint of Hachette UK, which was responsible for ‘The Only Plane in the Sky’, the highly acclaimed oral history of 9/11.

The newsletter mute the noise

The book is already hailed as “momental” and “wonderful”.

In it, survivors, relatives, eyewitnesses and politicians bring the events of Bloody Sunday to light together for the first time. As they tell their stories, the tension, confusion and anger build with terrible power. “On Bloody Sunday” unfolds before us an extraordinary human drama, as we experience one of the darkest times in modern history – and witness the true human cost of conflict.

Julieann – a former Derry Journal reporter – says that as a child she and her brothers were introduced to Bloody Sunday in a “general and visceral sense”.

“We were told stories about my uncle Jackie who went on a civil rights march and was shot by British soldiers,” she recalls.

“We were banned from attending marches or crowded events ‘just in case’ problems, and any conversation about religion or politics was actively discouraged at home.

“We knew Jackie’s face from family photographs, book covers and the Bogside mural. Worse still, we knew it from the oft-used BBC news footage, shown whenever the Bloody Sunday subject made the evening news.

“I remember how we squirmed as children and teenagers, not knowing what to say, seeing mum submissive again and again to her brother’s dying moments. Today we have the foresight to tell him to turn away.

“Jackie’s other sister, my aunt, Kay, became the family activist in the 1990s, alongside their brother, Gerry, who was on the march that day as Jackie and another brother, Patrick. I wrote this book thanks to Kay, Gerry and my mother’s influence, I like to think that Uncle Jackie had something to do with it too.

‘On Bloody Sunday’ once again underscores the bare truth that what happened at Derry’s Bogside on January 30, 1972 stands out from other British Army shootings because it happened in broad daylight with d countless eyewitnesses and in the spotlight of the press.

Within hours, the British military establishment had informed embassies around the world that they had been victorious in a “shootout” with the IRA, calling the dead gunmen and bombers.

This fiction quickly became the official account of what happened on Bloody Sunday – a deep wound only aggravated by the whitewashing of the Widgery Report (1972).

And it remained that way for decades until a family-led campaign, allied to international pressure, led to one of the most complex public inquiries in history.

Almost four decades after their deaths, the victims were fully exonerated when Lord Saville published his report which found the British Army had fired first and at unarmed civilians.

He also concluded that the majority of victims were shot in the back as they fled or were shot while helping someone else in need. Unsurprisingly, the publication of the report – and the UK government’s subsequent apology – made headlines around the world.

“On Bloody Sunday”, says Julieann Campbell, is unique in that it is the first-ever complete oral history of Bloody Sunday.

“It departs from earlier works in that it conveys, in vivid and personal detail, the tragedy, conspiracy and dogged persistence that changed the course of British and Irish history,” she says.

Among the 110 first-hand accounts presented in the book are 20 previously unpublished interviews with people affected by the events of half a century ago.

These include relatives, witnesses, civil rights activists and, interestingly, the last interview given by Bishop Edward Daly which the author conducted a few months before his death in August 2016.

This new testimony is presented alongside excerpts from primary materials collected over the past decade or more.

Julieann believes that bringing together these rich and disparate sources after fifty years ensures the broadest and most authentic narrative and has the greatest emotional impact.

Alongside the voices of those most affected are excerpts of police and military statements, highly relevant memoranda, intelligence reports and minutes of official meetings between the Northern Ireland Police and the British Army.

Julieann says that as a former journalist and oral historian “compelled to listen and document”, she tried to be as unbiased as possible.

“For this reason, I avoid overly editorializing the narrative, allowing people themselves to tell the story as it unfolds.

“Having worked closely with many of those involved over the past decade or more, I am acutely aware of the sensitivities involved in the production of this book and remain mindful of these issues from a moral and legal perspective.

“Where possible, and for context, I am including voices from across the spectrum of The Troubles, including Nationalist and Unionist testimonies as well as senior British Army and Royal Ulster Constabulary leaders who have given evidence. “

No publication, the author acknowledges, could fully tell the story of Bloody Sunday and its impact.

“However, this book, put together with experience, purpose and passion, is the first to fully immerse readers in the events as they unfolded and through the eyes of those present,” she says.

“Collectively, these stories show the true human cost of the conflict and a case that is still very much alive, debated and unresolved. »

Julieann is convinced that, fifty years later, the Bloody Sunday affair is of increasing historical importance.

“The efforts of the people of Derry have set a benchmark for justice campaigns everywhere,” she says.

“With civilian massacres like Bloody Sunday still occurring around the world today, the city’s story is a necessary reminder that states and their militaries have a duty to protect and serve all citizens equally. and without prejudice.

* ‘On Bloody Sunday’, by Julieann Campbell, is published by Monoray. It will officially launch later this month and is available to buy from booksellers and online.