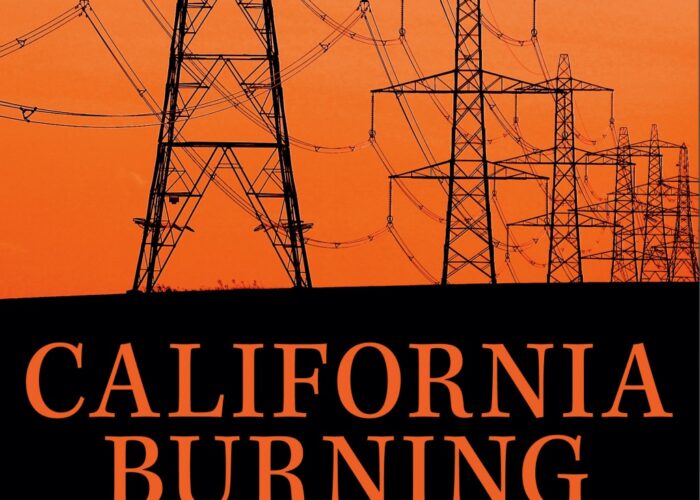 On November 8, 2018, a fire broke out in the Sierra Nevada foothills of Butte County. Driven by high winds, it sparked the deadliest wildfire in California history. Over the next two weeks, the campfire burned 153,336 acres, killed 85 people and destroyed much of the town of Paradise, Butte County.

How do you assign responsibility for a disaster? Blame local governments for allowing development on fire-prone land. Blame the drought that dries up the forests. Blame climate change for the drought.

But the campfire had a specific mechanical cause: a broken metal hook on an old electrical transmission tower operated by the Pacific Gas and Electric Company. The utility that helped Northern California grow was now helping to burn it.

PG&E’s incendiary descent is the cautionary tale told by Wall Street Journal reporter Katherine Blunt in “California Burning: The Fall of Pacific Gas and Electric – And What It Means for America’s Power Grid.”

Blunt starts with a bit of history: Founded in 1905 as San Francisco Gas Co., it merged with California Electric Light in 1930, then merged with competitor Great Western Power and became a regulated monopoly that provided electricity and natural gas in central and northern California. . He was seen primarily as a benevolent juggernaut – in Blunt’s description, he won the “goodwill of millions of customers as PG&E expanded services, electrified industries, and created statewide jobs for thousands of proud engineers” – until the juggernaut stumbles.

“It’s hard to say exactly when PG&E Corporation began its downfall,” Blunt writes, but a starting point could be the late 1990s, with a state-sponsored push to deregulate California’s utilities to encourage efficiency and innovation. Deregulation proved disastrous, leading to skyrocketing rates, power outages, and forcing PG&E into bankruptcy.

Critics have accused the company of being lax on security and record keeping. When in 2010 a gas pipeline exploded in San Bruno, killing eight people, PG&E admitted the pipeline had been faulty since it was installed half a century earlier.

These corporate bankruptcies were serious enough. But “California Burning” details how they were happening in a California plagued by climate change. The PG&E power grid — the network of reservoirs, dams, hydroelectric plants, and transmission lines that generate and transport electricity in northern California — has become less sustainable in a hotter, drier region, where every strong breeze can trigger a conflagration like the campfire.

As a portrait of a state in crisis, “California Burning” isn’t as dramatic as dispatches from the front lines of wildfires — instead of heroic firefighters, we have lawyers and engineers — but Blunt is a meticulous journalist and a lucid writer. She makes the struggle to supply California with electricity on a warming planet clear and compelling.

At times in “California Burning,” Blunt notes tentative optimism. She points out that PG&E was a pioneer in solar power. Near the end of the book, she follows a PG&E executive to Butte County, where the executive announces a plan to place 10,000 miles of distribution lines underground, sheltered from the winds that started the campfire. . The project will be expensive, and this is just the beginning.

Meanwhile, California’s rivers and reservoirs are drying up, forests are drying out, wildfire risks are increasing. While it’s hard to say when PG&E began its downfall, it may be harder now to know how it can pull it off.

Calfornia Burning: The Fall of Pacific Gas and Electric – and What It Means for the US Electric Grid
By Katherine Blunt
(Portfolio books; 368 pages; $29)

The Commonwealth Club of California presents Katherine Blunt in conversation with Andrew Dudley: In person and online. 5:30 p.m. on September 13. $20 in person, $5 online. 110 The Embarcadero, SF 415-597-6705. www.commonwealthclub.org