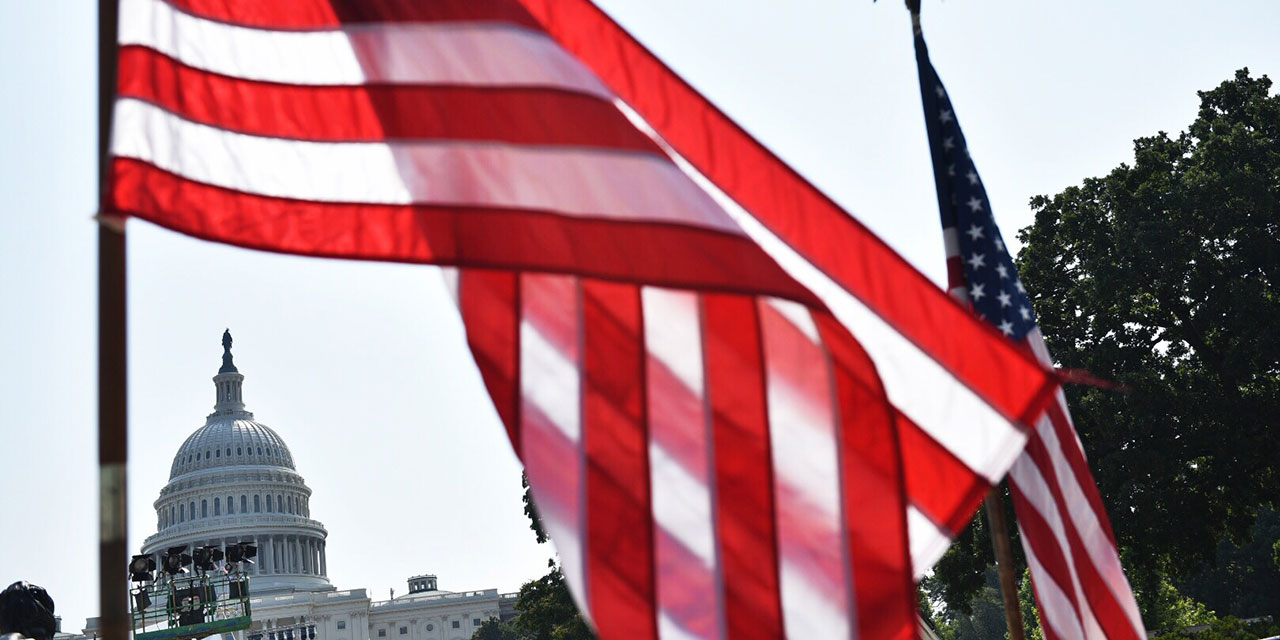 Review of “After Nationalism” by Samuel Goldman

After Nationalism: Being American in the Age of Division, by Samuel Goldman (University of Pennsylvania Press, 208 p., $ 24.95)

Midway through James Joyce’s OdysseusLeopold Bloom, harassed, attempts a modest definition of nationality: “A nation,” he said, “is the same people living in the same place. So what happens when a country becomes many people living on an entire continent? This is the question that drives Samuel Goldman’s excellent new book, After nationalism.

All Americans seem to agree on these days is that we can’t agree on anything. Long before the Culture War reached its present phase, even ordinary observers could sense America’s deep regional and partisan differences. And yet, we have to live together in one way or another. What to do then?

Goldman’s is not the first attempt to tackle the problem of American disunity in recent years, which have seen, among other titles, the publication of Francis Fukuyama’s book Identity, Yoram Hazony The virtue of nationalism, and that of Rich Lowry The case of nationalism.

What sets After nationalism of these other books is that Goldman is more coldly disposed to nationalist solutions. He rejects what he sees as Lowry’s attempt to promote a version of nationalism only by the right parties, as well as the more alarmist case found in Samuel Huntington’s book. Who are we? Goldman’s critiques of these nationalist solutions to our current political problems are, however, pleasantly devoid of any moralizing – he just doesn’t think they will work, being either too vague or too specific about the content of a nationalism designed to bring together 330 million people of remarkably dissimilar origins.

Goldman devotes much of his argument to persuading the reader that the American dissimilarity is not a disaster. A proper examination of American history, he writes, should remind us that a unified national identity has never been our normal condition. Instead, different national ideals have succeeded each other, each providing a kind of narrative that allows us to speak in a unitary fashion about our otherwise disparate political reality. Our current dilemma is that we lack a plausible image of American identity that could support us through our political and ethnic divisions.

Yet even that, Goldman argues, is not necessarily a problem. The American “people” referenced in our founding documents have always been essentially undefined. Besides the fact that the “we” of the Declaration and the Constitution did not widely recognize the mix of Europeans, Africans and American Indians already present on the continent, it also eliminated the internal variety. of the population of European settlers, as David Hackett Fischer, among others, has demonstrated. By the beginning of the 19th century, major geographic cleavages between New England, the south and the Appalachian hinterland had emerged. By the mid-19th century, the distinctive ‘British folk traditions’ of early America had been reinforced by significant German and Irish immigration – and by the turn of the century this arrangement was in turn upended by the arrival of new ones. waves of southern and eastern Europeans.

Goldman considers several historical visions of American nationalism. Until the end of the 19th century, alliance The New England model of American identity had persisted, according to which Americans were the descendants – literally or not – of the original settlements of religious communities. This model has been increasingly stretched over the century by immigration, westward expansion and the institution of slavery. A new version takes its place in the aftermath of the Civil War: the great American crucible. As a result, Americans had to understand their national distinctiveness as the result of an unprecedented amalgamation of nations and races within one country. Like the idea of ​​the American alliance, the new definition was useful not for its strict sociological precision, but for its symbolic purposes in giving meaning to an increasingly varied national regime. The crucible unified at least the white population of the United States during a period of increasing immigration. (The dark side of this otherwise optimistic ideal is not difficult to see now: the emancipation and emancipation of black Americans, as poorly realized, has destabilized the idea of ​​one people.)

But, as the saying goes, war always tells the truth. Just as the Civil War ultimately shattered the alliance model, World War II exposed the limits of the crucible: in particular, its utter failure to assimilate freed slaves and their descendants. Faced with racial inequalities on the home front and global security obligations abroad, America needed something new.

Replacing the crucible was an even more abstract concept: the American creed. “For us, it signaled the achievement of racial equality through progressive but consistent reform,” writes Goldman. “Abroad, it was a matter of defending democracy against totalitarian enemies: first fascists, then communists. The understanding of the creed, lamented by Huntington, functioned as a response to the absence of a “pre-political” nation established in the American narrative. It was no accident that it emerged as a conscious reaction to the more racialized and belligerent nationalisms deployed against the United States by the Axis Powers. Genuine post-war optimism about improving the country’s racial and ethnic divisions pushed him forward. The same is true of less ambitious concerns for America’s image abroad in the context of the Soviet challenge, which is as much ideological as it is geopolitical.

The creed variant of American nationalism remains arguably the most popular among flag bearers today, but it too has crashed on the wheel of social change and conflict. Atavistic nationalism is not always pretty, but it has the determining strength to hold out in difficult conditions; like your family, your people are your people no matter what. The American credo, on the other hand, was based on the idea of ​​”America of good,” a concept that became increasingly difficult to maintain in the 1970s, as American cities burned down and the Vietnam War. was raging.

To simplify Goldman’s lucid and jargon-free narrative somewhat, the history of American nationalism has been one of partially successful narratives that gave way to one another before ultimately escalating into a period of entrenched and still ongoing cultural warfare. , in which three treatments of America history vie for supremacy in our political consciousness: one softly nostalgic, the other not so softly reactionary, and the other radically critical.

The large number of national narratives at play have sparked calls from both right and left for some sort of unity to be imposed on American history – a unity Goldman shows is unlikely. As he notes, a purely instrumental nationalism is a contradiction in terms, a charm that shatters as soon as it is uttered. Supporting nationalism primarily for its usefulness deprives it of that usefulness even by undermining any commitment to it among thinking people. And none of these old models of American unity, Goldman argues, can be revived to serve us today.

In their place, Goldman proposes a pluralistic national settlement in which we seek greater fulfillment within our smaller, more local communities and associations, loosely bound by a shared commitment to democratic constitutionalism.

Goldman’s historical account is compelling, but I’m less convinced that this kind of low-key velvet divorce is possible. While wise in itself, his proposal nonetheless requires certain changes in our policy which are partly independent and partly instrumental to nationalism. Consider “the people” in Goldman’s discussion of America’s founding documents. The great machinery of the federal government is at the service of this people: for its defense, its social benefits, its access to privileged economic opportunities, and so on. Today, there are increasing calls for this mechanism to apply (often under the guise of civil rights) even to the most local problems.

Moreover, the ascendancy of the “strong” version of American nationalism, which Goldman no longer considers either possible or desirable, has coincided with the growth and entrenchment of a broad global security architecture that persists to this day. Goldman doesn’t say it, but I suspect that a “post-nationalist” turn would require a withdrawal or moderation of our military and defense posture in the world.

All this suggests that the solution proposed by Goldman in After nationalism faces challenges similar to that highlighted by Alasdair MacIntyre in After virtue (a work of philosophy of which Goldman’s title itself explicitly recalls). The communal associations we could return to remain located in greater America, with its centralizing pressures and high-stakes opportunities for its most politically ambitious citizens. In other words, Goldman’s project is a little less modest than it first appears, requiring not only cultural relaxation but national political demotion.

Nonetheless, the way forward proposed by Goldman for the future of American “nationalism” is both more credible and more appealing than what is otherwise proposed, whether it be the right-wing rhetoric of “American greatness” or the Endless circular firing squad of the identity politics of the left. Realizing lower expectations for American unity will require a generational change in what we demand of politics. This must in itself be the work of a new civic education, and we can regard Goldman’s book as a significant contribution to this endeavor.

David Polansky holds a doctorate. in Political Science from the University of Toronto.

City newspaper is a publication of the Manhattan Institute for Policy Research (MI), a leading free market think tank. Would you like to support the magazine? As a 501 (c) (3) non-profit association, donations to MI and City newspaper are fully tax deductible according to the law (EIN # 13-2912529). MAKE A DONATION

NEJM Evidence – A new journal in the NEJM group family