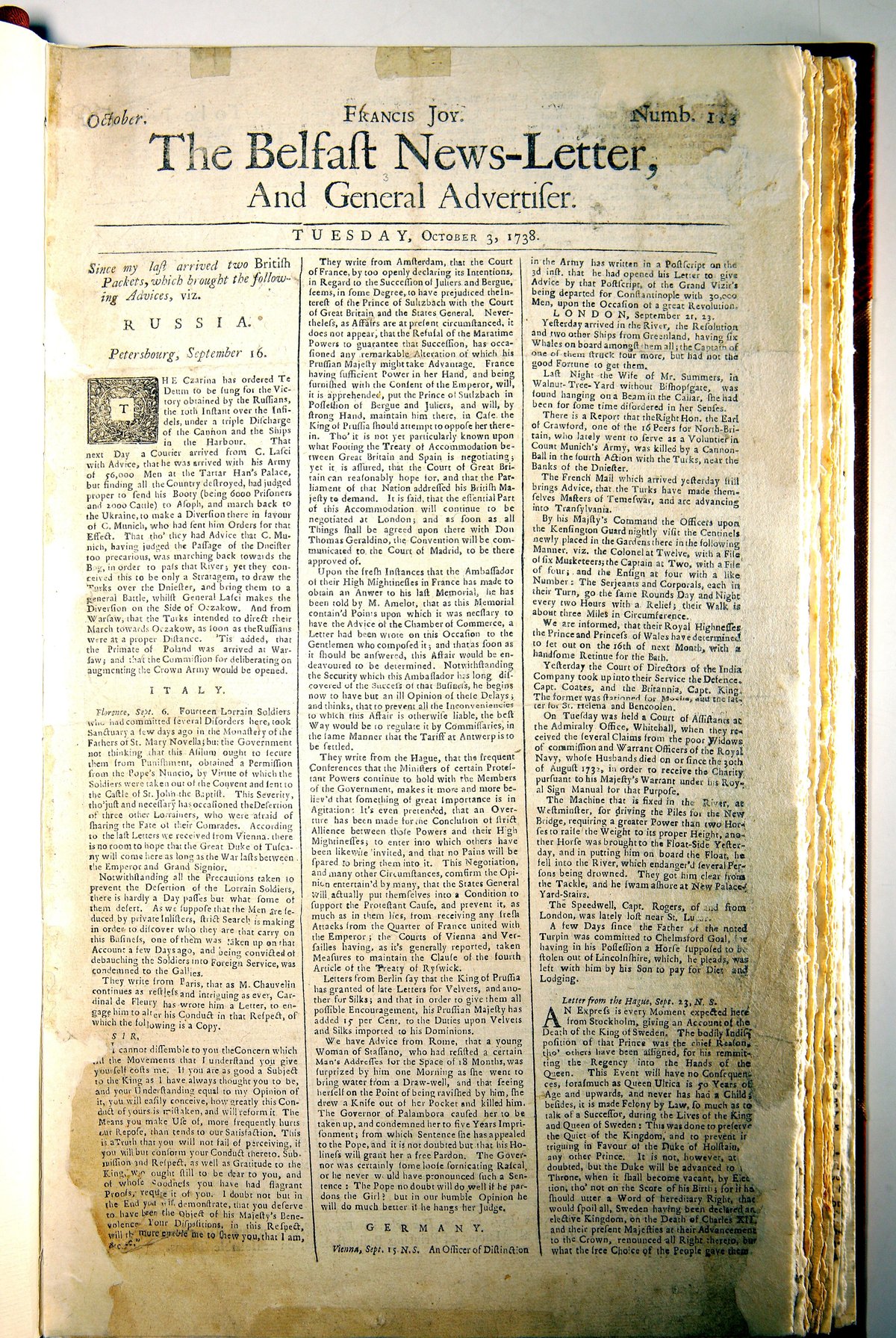 But we’re not the only title in Northern Ireland that was both founded in the 1700s and still published today – the Derry Journal is another.

It’s a sister paper to The News Letter because we both share the same owner, National World (one of the founders of which is David Montgomery, a newspaper entrepreneur now based in London).

Register to our daily newsletter

So the News Letter and the Derry Journal were both there to report the declaration of independence on July 4, 1776, but The Times was not, although it was also a very old newspaper (most major 2022 newspapers were founded in the 1800s or early 1900s).

The Londonderry Journal and General Advertiser was first published by George Douglas.

Mr Douglas, a Presbyterian, worked in a printing press in Dublin before coming to Derry. He took up an office in James Blythe’s bookshop at The Diamond and the ‘Journal’ was born under its original mast on June 3, 1772.

Later, Mr. Douglas traveled and settled in the United States with his family who joined there and he set up newspapers there for the Irish diaspora, but none were as successful as his first business . He returned home for extended periods on several occasions and also wrote a book to mark the centenary of the Siege of Derry in 1688.

In the early 19th century, the Journal’s editorial policy became increasingly concerned with broader issues and supported Catholic emancipation, a move that prompted the Journal’s editor, William Wallen, to resign in sign of protest in 1829 and set up the Londonderry Sentinel with others. The paper took an openly nationalist stance in the decades that followed, and the “London” prefix was dropped entirely around 1880. The paper has since remained the Derry Journal.

Editor Brendan McDaid told the NewsLetter: ‘We are delighted to have reached this milestone and have marked the occasion with a special edition of the newspaper and an exhibition at Foyleside Shopping Centre.

“The Journal is the second oldest newspaper on the island of Ireland, with the NewsLetter – which is also owned by National World – being the oldest.

“We are part of the social fabric and cultural heritage of the North West region, having brought the world to the people of Derry, Donegal and Tyrone for generations and introducing local people, events and culture to the world. Those of us who have received this legacy are committed to ensuring its preservation and strive to continue to serve the North West region and our wider audience for generations to come.

Below is the text of the very

Can you make a million dollars by NOT selling your book? This author says, “Absolutely!”

Resilient Theater in the Park returns