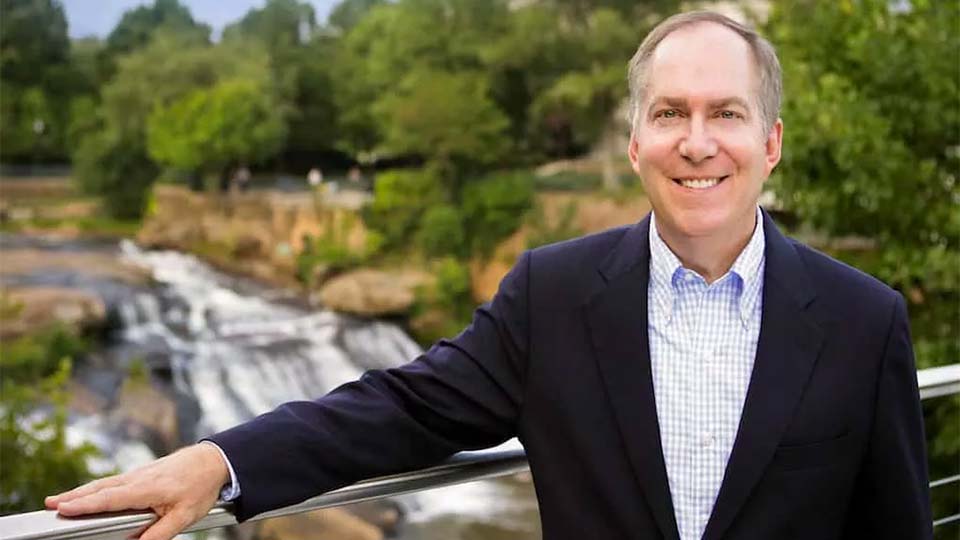 Only a few days later falls park opened in 2004, its local architect, Tom Keith, walked into my office at City Hall.

Falls Park reclaimed the Reedy River Falls, birthplace of Greenville. The architectural and engineering masterpiece of the Liberty Bridge framed the landscaped gardens below.

“Time to build the next park,” Keith said, tossing a dog-eared copy of the 1907 master plan for Greenville onto my desk.

In its 48 pages describing turn-of-the-century Greenville in pictures and words, the booklet envisioned a series of parks along the Reedy, or what Boston landscape architecture firm Kelsey & Gould described as “the most important to be taken into account in the development and beautification of the city. The first one, Cleveland Park, was built only a few years after the publication of the plan. Now, nearly a century later, Falls Park was complete.

Keith drew my attention to page 40, where Harlan Kelsey identified a swampy 50-acre patch straddling the river west of downtown for a park he called Hudson Athletic Fields.

I generally knew the area. The city’s public works department sat on 22 acres so prone to flooding that city workers perched trash cans on desks to keep them out of the water. A 2002 Clemson University Master Plan for the Reedy River Corridor also called for a park at the site, as well as what would become the Prisma Health Swamp Rabbit Trail. Armed with a sketch by Keith, we began to meet the residents of the surrounding neighborhoods. “How would you like a park in your neighborhood? ” we asked.

The idea of ​​a park received a warm welcome. In turn, we took a history lesson.

For generations, we were told, the city of Greenville treated this area as its backyard. We already knew of the abandoned police vehicles strewn about public works facilities, threatening the river with leaking oil and gas.

But residents of the neighborhood also described trash piled up in two landfills on the grounds and the incinerators that were burning trash and animal carcasses. They spoke of the jail that once stood at the corner of Hudson and Mayberry Streets, and of inmates screaming from barred windows as students walked past them on their way to school.

They recalled a police shooting range built on the edge of Mayberry Park, the only park in the city where black children could play during segregation. Open to the public for pistol practice, nearby houses were riddled with errant bullets.

And they described the time the city appropriated half of Mayberry Park to build a ballpark for an all-white professional baseball team. Although it happened in 1938, they were talking as if it happened yesterday.

Unity Park is as much an aspiration as an affirmation of our diversity and the pride we share in the amazing city that Greenville has become. I hope you’ll join the neighbors of Unity Park in enjoying Greenville’s “next park.”

Led by retired postman EB Holloway and Henry Percival, head bellhop at the Greenville Hotel, neighborhood residents appeared before city council demanding the construction of a new park for black children. They were joined by some of Greenville’s leading voices, including business leader Hugh Aiken, prominent educator LP Hollis and – I was surprised to learn – my great-grandmother, Rhoda Haynsworth, wife of founder of the law firm that bears his name.

The council beat a hasty retreat and approved a motion to explore plans for a new park. Although the mayor promised a proper review of the proposal, nothing came of it despite letters to the editor, a petition signed by 400 and continued debate for several years.

At these neighborhood meetings, we heard the message: it was time to make amends for a century of wrongs.

It is time to preserve green spaces for future generations while we have a passing opportunity to do so. It’s time to set aside nearby city-owned land for affordable housing, for the workforce and for the elderly as a bulwark against market forces.

It’s time to move the public works facility and its employees out of the floodplain.

It’s time to deliver on the promise the city made decades ago to neighborhoods on the west side of Greenville.

Unit Park opens May 19 after more than a decade of community engagement, public debate and planning. And just as they have done before, community and business leaders have volunteered to support the public-private project by contributing nearly $14 million.

It’s called Unity Park because it’s focused on the future, not at the expense of history, but because of where our history has taken us.

Unity Park is as much an aspiration as an affirmation of our diversity and the pride we share in the amazing city that Greenville has become. I hope you’ll join the neighbors of Unity Park in enjoying Greenville’s “next park.”

Protection by a fourth dose of BNT162b2 against Omicron in Israel