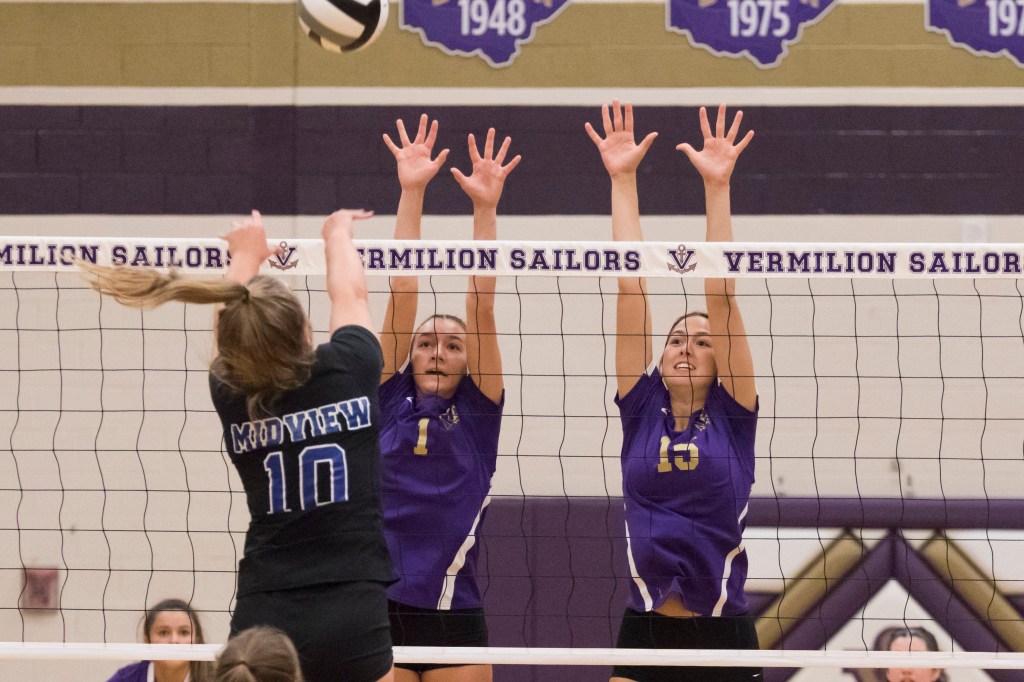 Westlake (16-0) and Vermilion (15-0) both remained ranked in the second poll released this season.

The Demons, after a weekend of sweeping a quad they hosted, technically fell in the Division I standings. In Week 1 Westlake placed 13th and this week they are tied for 14th with Cincinnati McAuley.

Mary Elizabeth Hargett had 30 kills in the Demons’ three games at Quad Westlake. Hargett, a captain, managed half of those wins in a win over Avon Lake and has eight in a three-set classic against Highland.

Westlake and Highland came into the game unbeaten and went back and forth in a wild second set that ended 36-34 in favor of the Demons.

Vermilion, the other team in the region to have yet to lose a game, dropped from sixth to fourth in the Week 2 D-II poll. The Sailors have won 27 straight regular season games under coach Kara Coffman.

Senior Jenna Peters secured a spot in the Vermilion record books in the Sailors’ last victory. Peters now ranks as the school’s all-time leader in solo blocks, block eliminations and assists after winning four solo blocks in a September 25 victory over Midview.

For the second week in a row, Vermilion also won two votes for first place. In points, the Sailors are 15 behind Lake Catholic, third and 32 ahead of NDCL, fourth. NDCL finished second in the state in D-II last season, falling in the championship game against rival Gilmour, who sits first in the Week 2 standings.

In Division I, Olmsted Falls fell from No. 10 to No. 11. The Bulldogs are 15-1 with their only loss to the region’s fourth state-ranked team – Amherst.

Amherst also lost a spot in the D-II standings although he hasn’t lost a match since the last standings. The Comets (15-2) have yet to give up an SWC game and have a rematch against Olmsted Falls on October 7.

One of Amherst’s losses came ninth in Perrysburg. The Comets, led by first-year coach Felicia Sanchez, are looking to become the first team to win the Southwestern Conference and not at Avon in five years.

The OHSVCA is published every Sunday until the last week of the volleyball season. This year’s poll champions will be announced on October 18.

A professor of biomedicine joins the journal’s editorial team