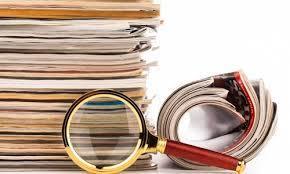 About 10 years ago, a mathematician said that Vietnam did not yet have any social science studies work. The commentary sounded a bit harsh, but it made sense, especially when it comes to international publications.

Ten years later, the number of articles in the social science field published in international journals has risen sharply. Vietnamese scientists have had their studies published in leading global journals such as Journal of Development Economics, Journal of Economic Psychology, Journal of International Marketing, Journal of Business Ethics, Modern Asian Studies, Studies in Higher Education, Learned Publishing and Scientometrics.

Some of Vietnam’s leading humanities and social scientists have also been recognized by prestigious international organizations, such as Dr Nguyen Viet Cuong (ranked in the top 5% of the world’s best economists according to IDEA RePec) and Assoc. Teacher. Tran Xuan Bach (winner of the Noam Chomsky Award 2020).

The last 10 years have also been the time when more young researchers born in the 70s, 80s and 90s who studied in developed countries returned home and were very active in scientific endeavors.

Before 2010, Vietnam had many well-trained sociologists. However, after returning home, for many reasons, many of them mainly focused on teaching, or no longer did research in institutes or universities.

The second reason probably comes from the specificity of the social sciences. Unlike the natural sciences which are global in nature, the social sciences are more local in nature. The same problem, the same theory that is well applied in the United States and Europe is unlikely to be easily adapted in Asia, including Vietnam. The fact that many researchers return to Vietnam after completing their doctoral studies abroad, and the ease of data collection in the home country, is an advantage and also an important premise for the number of international publications in social sciences of Vietnamese scientists increases in both quantity and quality.

The third reason is Vietnam’s policy to promote international integration in research, both at the macro and micro level.

The first and very important policy is the creation of the National Foundation for Scientific and Technological Development (NAFOSTED), which officially took office in 2008, and began funding the social sciences in 2011. To be funded by this foundation, scientists must have international publications. . Following this foundation, â€œinternational publicationâ€ has become a criterion for research projects at all levels.

International social science research in Vietnam can go even further if the three issues below are addressed:

Second, there should be a special investment policy for strong research groups in the social sciences. Most of the current policies of international integration in the field of scientific research only require researchers to publish articles in international scientific journals and not to distinguish between high-quality and high-quality international publications. average. This, in general, has not encouraged scientists to have groundbreaking and world-class research. The large increase in academic publications is only half the story, as the application of studies in real life is also very important.

Third, there is a need to raise the standard of national social science journals. A solid academic background is measured not only by published work, but also by the â€œplaying fieldsâ€ where research is published. This is also the strategy applied by countries in the region such as Malaysia, Thailand and Indonesia.

In Vietnam, recently, the Journal of Asian Business and Economic Studies (JABES) at Ho Chi Minh City University of Economics became the first Vietnamese social science journal to be included in Web’s ESCI index list. of Science. This is a very good sign, but not enough. With a country of nearly 100 million people, with a long-standing culture and traditions, and the most dynamic socio-economic sector in the region, in the next 5-10 years, Vietnam will need more at least 10 to 15 social science magazines like JABES.

Dr Pham Hiep has published nearly 40 books in the Journal of Studies in International Education, Higher Education Research and Development, Learned Publishing, Scientometrics. Dr Hiep is currently a member of the editorial boards of two Scopus journals and regularly writes reviews for over 20 other ISI and Scopus journals.

Why do Vietnamese doctors want to write research papers and not pursue applied research?

According to Professor Truong Nguyen Thanh, four challenges exist for the development of applied research in Vietnam.

Vietnamese scientist with 15 US patents

As a scientist with 15 U.S. patents, becoming a senior executive in a research and product development group at a company with sales of nearly $ 20 billion, Dr. Cong admitted that ‘he didn’t know which major to pursue when he was younger.