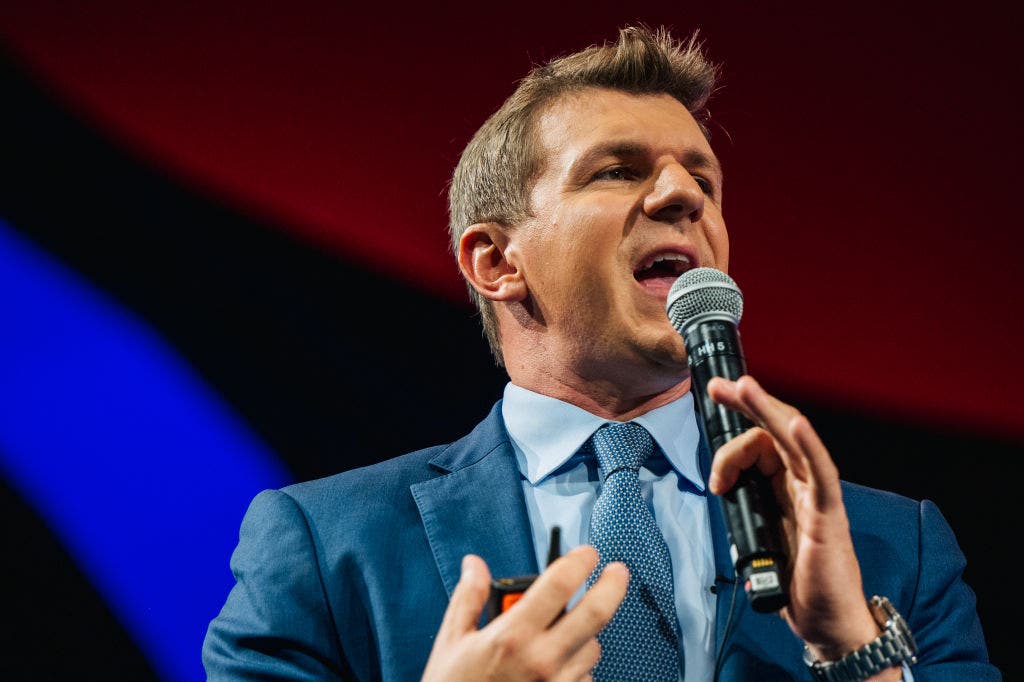 Wall Street Journal editorial board tears up Garland and FBI over O’Keefe raid: “Another abuse of civil liberties”

The Wall Street Journal editorial board on Thursday called on Congress to investigate what Attorney General Merrick Garland knew about the FBI raid on James O’Keefe if a recently filed motion to unseal documents did not contain “very strong evidence. That the founding Veritas Project committed a crime.

â€œAttorney General Merrick Garland still refuses to withdraw the memo he sent last month asking the Justice Department to review parents who were protesting at local school board meetings. Now his department may have committed Another civil liberties abuse with its raid on Project Veritas leader James O “Keefe,” begins the play.

The editorial board then compared Garland’s FBI actions to a hypothetical attempt by the Trump administration to search the home of a New York Times editor after obtaining the former president’s tax records, noting that nothing so invasive had ever happened under the previous administration.

The investigation, which is also being conducted by the Southern District of New York, focuses on a “stolen” diary belonging to Ashley Biden that went missing days before the 2020 presidential election.

The “informants,” who O’Keefe said were in possession of the newspaper were apparently negotiating with media outlets to sell Biden’s newspaper and that in the end Project Veritas did not publish the contents of the newspaper. book because his group has not been able to independently verify its authenticity. O’Keefe added that the diary had been turned over to law enforcement and had never been published.

“It is an established law that it is not a crime for journalists to publish information that has been obtained illegally. If it were a crime, most of the biggest American news agencies would be criminal enterprises,” wrote the board.

The Wall Street Journal added that the government also confirmed in correspondence with O’Keefe’s lawyer that it “complies with all applicable regulations and policies regarding potential members of the media.”

The board went on to claim that Garland’s guidelines to restrict the ability of the Department of Justice to seize information from reporters, which was released in July, may in fact do the opposite.

“Journalists who obtain potentially stolen documents relating to a public figure may be subjected to the same treatment as Mr. O’Keefe – houses searched and devices seized and searched without special exemption for journalistic activity,” the council continued. administration.

Media watchdogs have come to the defense of Project Veritas founder James O’Keefe after the Justice Department raided his home. (REUTERS / Andrew Kelly)

The board recognizes that journalism is not a â€œshieldâ€ against crime and that if it has committed a crime it should be prosecuted. The board added that they “do not agree” with all of O’Keefe’s practices, but his actions are still “reports qualified as journalism.”

Counsel also called the circumstances of the raid “punitive” and mentioned that the Journalists’ Committee for Freedom of the Press had recently filed a petition with the court to unseal the documents relevant to the base used by the FBI to execute. his search warrant.

â€œIt is better that these documents contain very solid evidence of a crime committed by Project Veritas to justify this behavior of a democratic administration towards a journalist. Otherwise, the seizure of Mr. O’Keefe’s files is another abuse of civil liberties by Mr. Garland’s department. , and Congress should ask what the attorney general knew about it, â€the article concludes.

Joseph A. Wulfsohn of Fox News contributed to this report.